Veteran Lawmaker Encouraged to Step Down After Stolen Valor Controversey Rep. Graham Hunt of Washington state is being encouraged to step down from his position by other state lawmakers due to his questionable military record.

Hunt was exposed by the Seattle Times for embellishing his military service and claiming that he won medals he didn’t even qualify for. The lawmaker also doctored photos of real soldiers deployed in the Middle East for campaign promotions and claimed they were of himself.

House Minority Leader Dan Kristiansen called for Hunt to either clarify his military record with supporting documents or resign from his position at the House of Representatives.

“While he is a member of this caucus, and I am hopeful he is able to clear up this matter, ultimately this is a serious enough matter where if he cannot clear it up … then I think he is going to have to step down,” Kristiansen said.

Hunt has told the media that he is searching for his military records, but has yet to produce any.

Steven Nielson, the head of the state’s Libertarian Party, also claims that Hunt lied to him about his war injuries as well. In a social media screenshot Nielson provided to a local paper, Hunt says that he was physically wounded during his tour of duty. 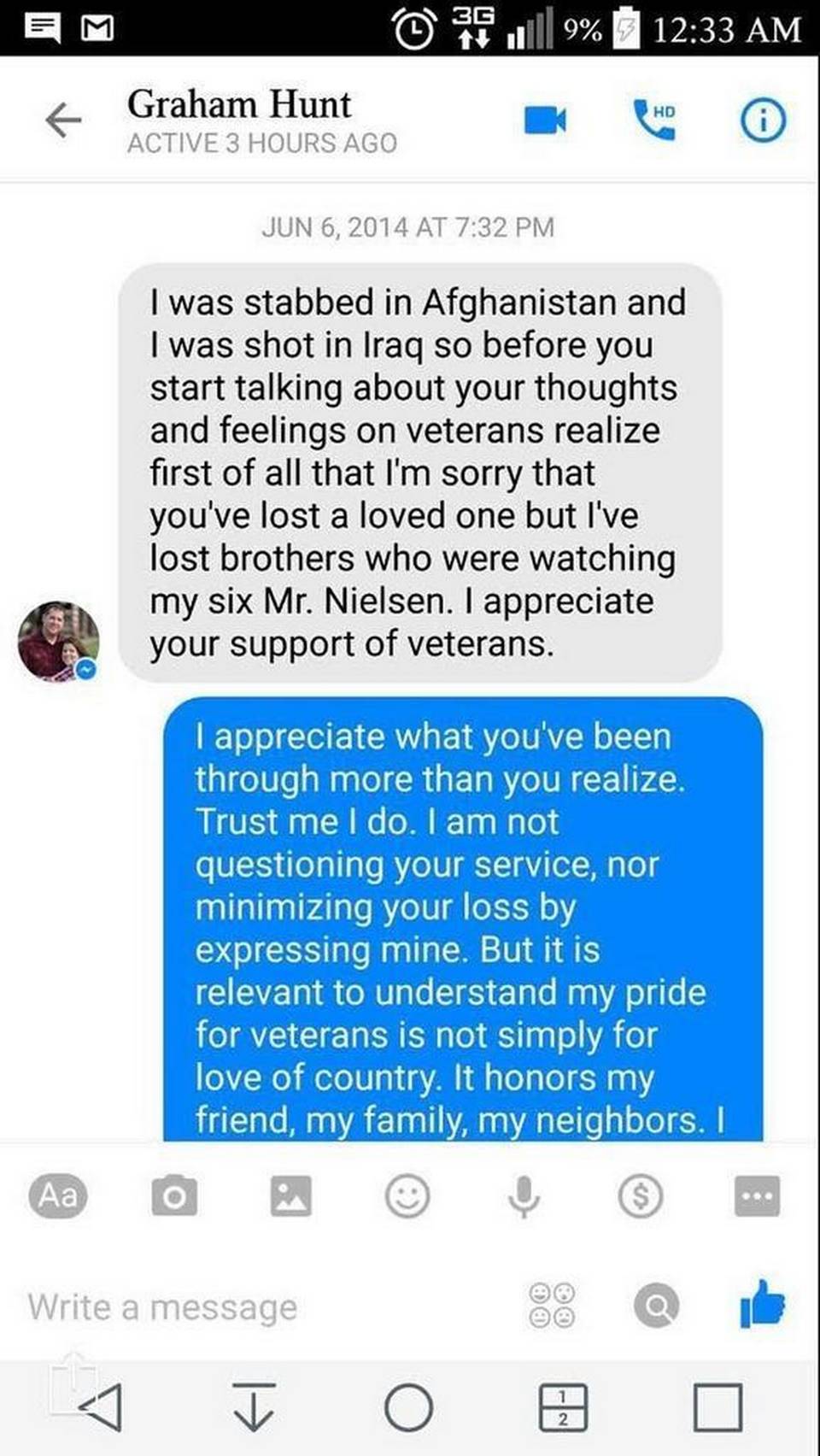 “I was stabbed in Afghanistan and I was shot in Iraq so before you start talking about your thoughts and feelings on veterans realize first of all that I’m sorry that you’ve lost a loved one but I’ve lost brothers,” Nielson said Hunt told him in a social-media message.

“We ought to hold our elected representatives to the highest ethical standards and I believe that misrepresenting your military record not only violates the honor of the service, but it dishonors the integrity of the very office he holds,” Nielson said.

The only combat-related injuries Hunt has owned up to is post-traumatic stress disorder.