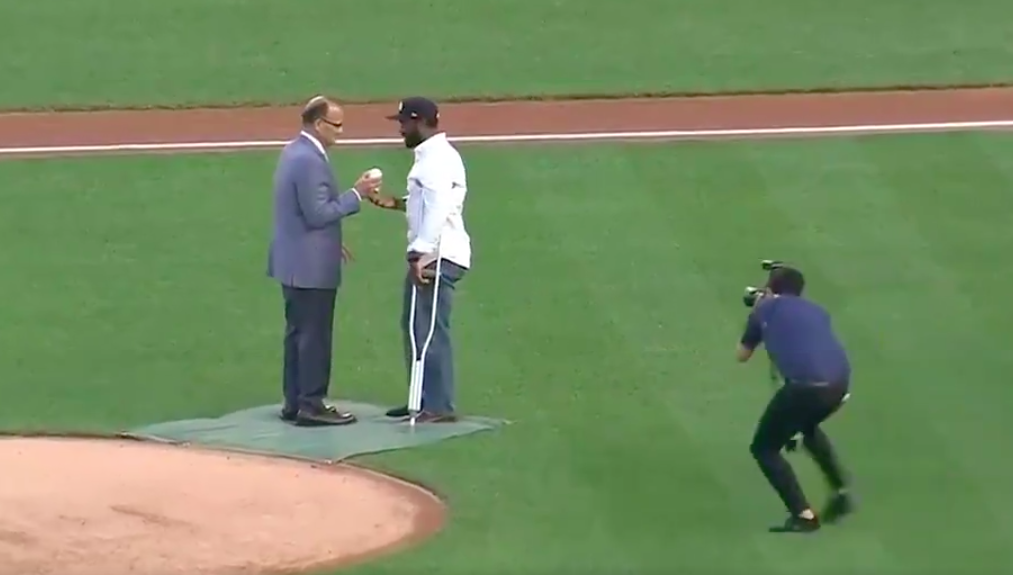 This week, Kentucky Senator Rand Paul credited Capitol Police officers David Bailey and Crystal Griner for preventing a massacre at the baseball field where congressmen and their staff practiced for an upcoming game between politicians from both sides of the aisle.

The game is being played tonight at Nationals Park in DC.

And guess who threw out the ceremonial first pitch?