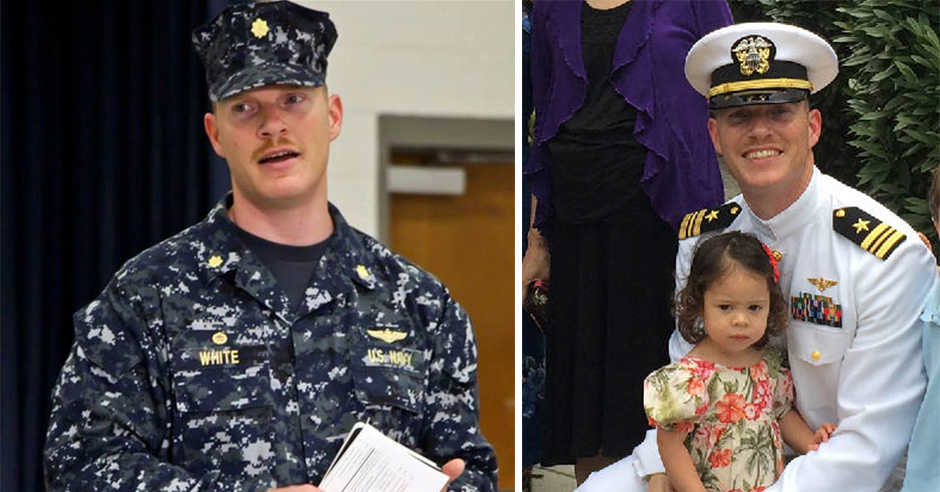 During the deadly rampage at the Armed Forces Career Center in Chattanooga, Tenn., Lt. Cmdr Timothy White used his personal weapon to fire at the gunman, Muhammad Abdulazeez. Despite claims from several news outlets and bloggers, the Navy will not press charges against White for illegally discharging his weapon at a military recruitment center.

Up until a few days ago, the Pentagon had prohibited military servicemen from carrying firearms while on federal property. This policy proved to be very controversial in the wake of the Chattanooga tragedy, prompting Congress to draft a bill changing the law and civilians to take up arms and guard military reserve centers.

Rumors that a serviceman would be reprimanded for firing his personal weapon in the middle of a deadly shooting quickly stirred up a storm of criticism and emotions. The “story” was broken by Allen West, who claimed an inside source confirmed that the Navy was charging White for using a firearm.

“Ladies and gents, resulting from the text message I received yesterday, I can confirm that the United States Navy is bringing charges against Lt. Cmdr Timothy White for illegally discharging a firearm on federal property,” West wrote.

West’s heart was in the right place, but he didn’t get the facts straight. After his post began circulating on the Internet, the Navy said no Navy personnel are being charged for any part of the Chattanooga shooting. 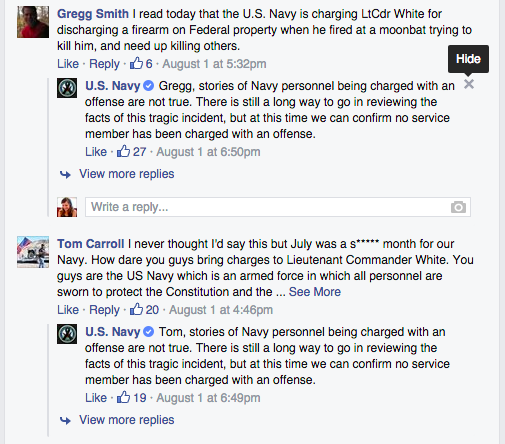 Update: A Navy official close to the investigation confirmed to Stars and Stripes on Aug 6 that White will not be charged.