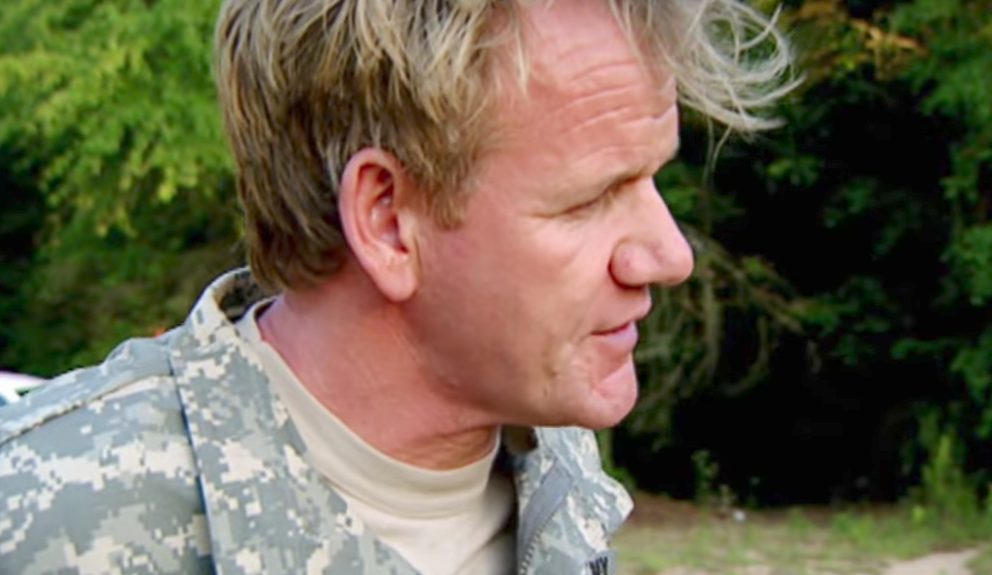 “Hog is tender, lean and bursting with flavor. To give me a chance to enjoy some prime cuts from the wild, I’m joining the Army’s special task force under the command of Major Bobby Tune.”

This was Gordon Ramsay, nearly a year ago, in a story we posted to this blog. He was at Fort Benning, trying to hunt some wild swine to bolster his world-renowned dinner tables — and help some soldiers out in the process.

Twelve months later the hot-tempered, mega-successful British cook is kicking up dust yet again — this time in the arid desert air of Las Vegas, Nevada.

Not really. And not literally. It’s a great thing, actually.

“Fans of the show have been asking us to bring a ‘Hell’s Kitchen’ restaurant to life since day one, so I’m thrilled to finally be doing it here at Caesars Palace,” Ramsay said. “A key element of the show’s success has always been the diners’ experience, so we are excited for guests in Las Vegas to feel like they too are part of the show – flames and all.”

Situated on one of the busiest corners in Las Vegas, the restaurant will seat nearly 300 guests, feature indoor and Strip-adjacent patio dining and will offer a daily themed brunch, dinner and bar menu. It will take its cue directly from the eponymous ITV Entertainment and Fox primetime series seen worldwide by millions of viewers, and will shine the spotlight on many of the show’s cast/chef recipes and dishes featured on the show, including many of Ramsay’s signature dishes.