Watch a ‘Mountain’ Run With an Itty Bitty Miniature Pup 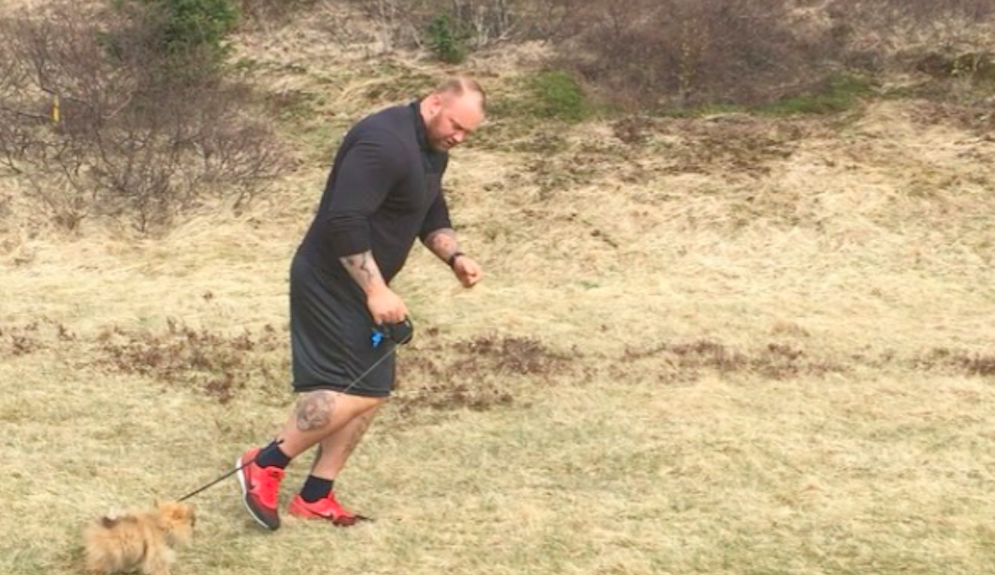 Hafþór Björnsson is no stranger to this here blog, even if his name resembles something out of your deepest, darkest Icelandic dreams/nightmares (complete with a Björk soundtrack and some grisly hákarl, aka greenland shark).

Standing at 6’9″ and a whopping 419 pounds, he’s the “World’s Strongest Man” AND he’s also a Hollywood actor of sorts.

He plays “The Mountain”, Gregor Clegane, on the uber popular HBO show Game of Thrones.

Without further ado, and without much introduction (because you really don’t need one with a priceless clip like this) watch the enormous dude “workout” with a tiny little dawg, in what he claims is the most cardio he’s done in years:

He also mentioned that upon finishing the dash, it was “time for pizza”.

He even wrote it with a hashtag. How enterprising this mammoth.

We all know you guys have your theories. Feel free to include them in the comments below.