Before we get to the main event, which is a 5’9″ 145-pound Irishman taking on a Icelandic strongman standing 6’9″ and weighing 419 pounds, let’s get to the former’s checkered past regarding his support for the military.

You see Conor McGregor (the much, much smaller man in the following footage) was born in Dublin, Ireland and has made a name for himself as an extremely successful mixed martial arts fighter (he’s currently the #1 contender in the UFC featherweight division).

Recently he was photographed wearing a poppy on his shirt. Traditionally, people wear it in “British Commonwealth nations around Remembrance Day” — which is November 11. It’s also, however, seen as a slap in the face to Irish people and their heritage, as some take it represent the oppression by the British Army after World War I, i.e. the Black and Tans and the Brits occupying Northern Ireland. 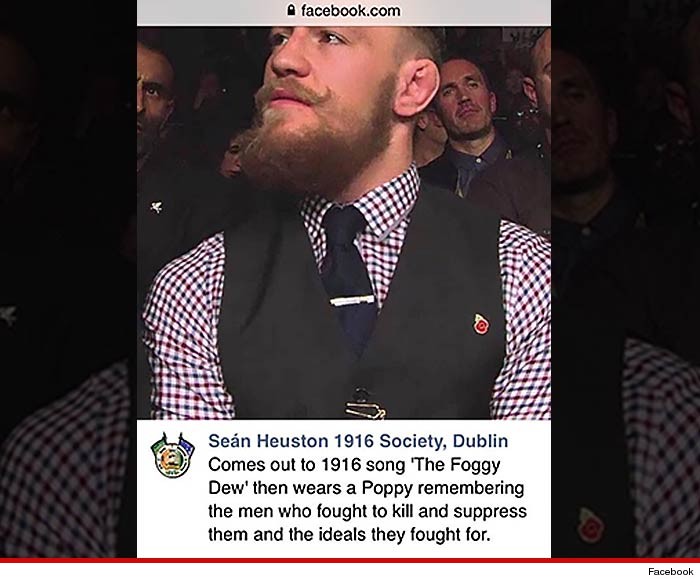 McGregor — as you may have guessed — didn’t agree with this sentiment. So he shot back, via the following social media message: 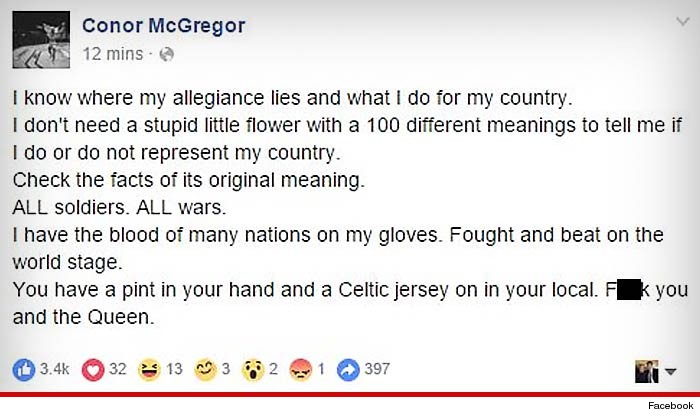 Okay. Now to set up the aforementioned “main event”.

To train for his next fight, a few days ago McGregor took on Hafþór Júlíus Björnsson, who plays Gregor “The Mountain” Clegane on the beloved HBO show Game Of Thrones. A man who is so enormously imposing and powerful that he once claimed to be the “future of strength” (and “Europe’s Strongest Man”).