This Tool Can Translate Military Skills to Civilian Hiring Managers

According to the Office of Personnel Management, Bureau of Labor Statistics, military veterans make up 30.8% of the federal workforce, but only 9% of the civilian workforce. In a concerted effort to grow the latter number, the following tool was designed, which helps translate skills acquired in the military to its post-service equivalent so that civilian hiring managers can better understand the capabilities of transitioning veterans.

All a current or former service member has to do is click this link and then fill in four fields: Branch of Service, Military Occupation Code (MOC), Code Status and Code Category. Then hit the blue “Translate” button. 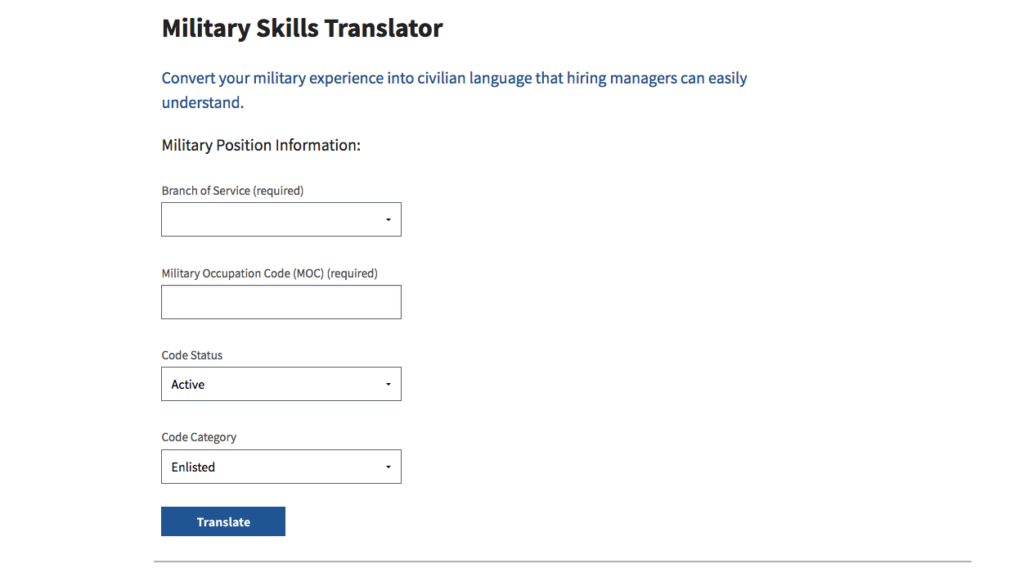 Skills will then be generated (additional ones can be added, too) and imported into a Résúme Builder, which can generate either a federal or civilian résúme — one that can be used to apply to jobs anywhere in the United States.