For more information regarding burials, memorials, and other benefits, you can click here.

To honor their memory, an American flag is provided — at no cost — to drape the casket or accompany the urn of a deceased veteran who served honorably in the United States Armed Forces.

The Department of Veterans Affairs (VA) will also provide a flag for memorialization purposes, so long as the vet wasn’t dishonorably discharged, and falls into the following:

They served during wartime.

They were a peacetime vet who left the service before June 27, 1950 with at least one enlistment, or with a disability “incurred or aggravated at the line of duty.”

They were among a specific group of vets who served in the organized military forces of the Philippines while in service of the U.S. military, and, who died on or after April 25, 1951.

They were “certain former members of the Selected Reserves.”

How can one apply to get it?

Fill out this VA form, here.

What do you do with the filled-out form?

U.S. Post Offices serve as the go-to point for issue of the flags (it’s recommended to call in advance). Or, it can be acquired by a funeral director. If the post office doesn’t have any flags in-house, they will be able to direct where to go to get it.

The VA will also accept requests from friends, in lieu of next-of-kin.

Unfortunately, a replacement flag cannot be issued for free, under the law.

Here’s information on how the flag should be displayed: 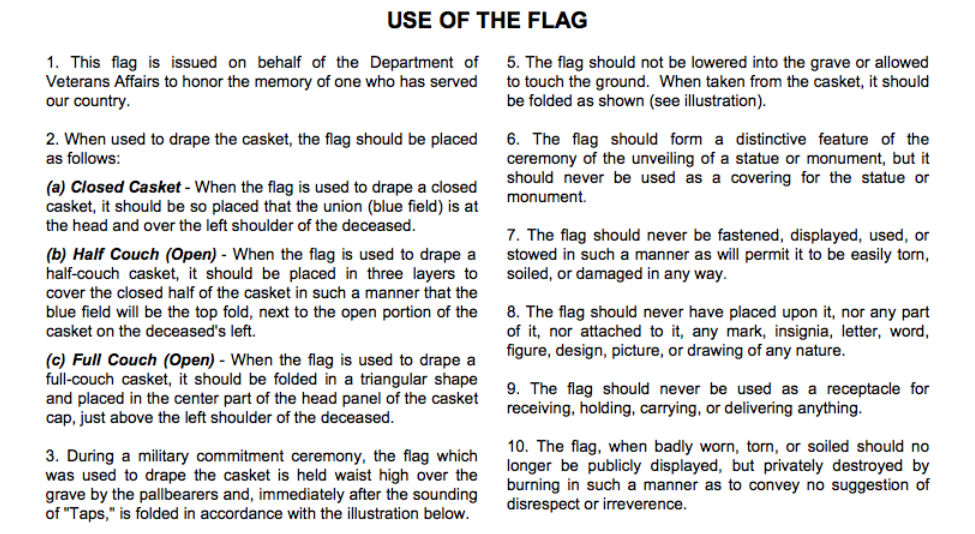