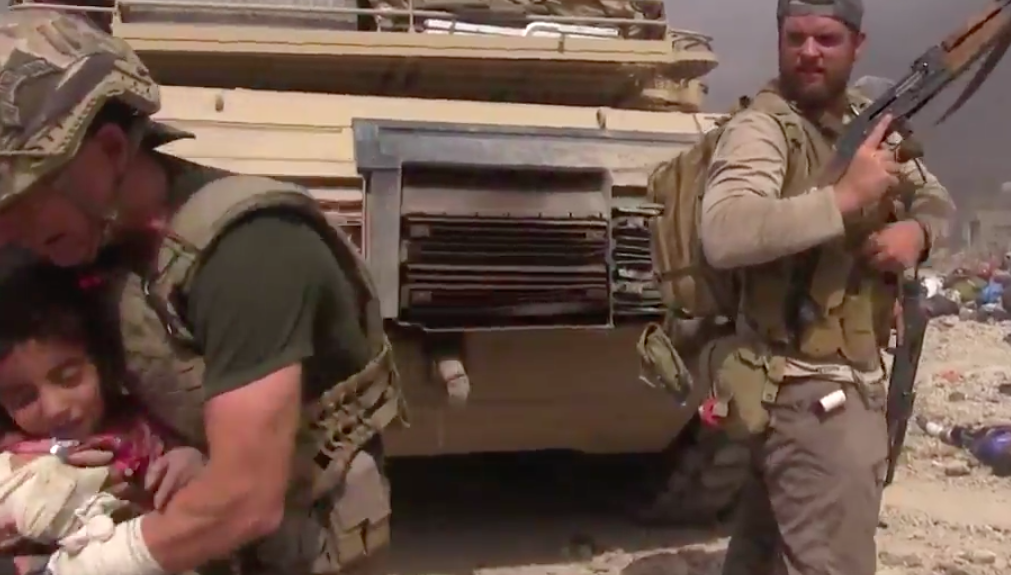 Last week, in Iraq, a former United States Army Green Beret — now working overseas as an aid worker — risked his life to rescue a young girl from ISIS gunfire by running right through the line of fire and whisk her away to safety.

And it was all caught on video (which you can view below).

More on the incredible story from Business Insider:

David Eubank … ran out in the open amid ISIS sniper fire to rescue the girl as two other men covered him with rifle fire.

“I thought, ‘If I die doing this, my wife and kids would understand,'” Eubank told the Los Angeles Times.

According to the Times, Eubank’s dramatic rescue played out on a street in the Iraqi city of Mosul, where ISIS snipers were firing at civilians who were attempting to flee. Wearing only a T-shirt, a bulletproof vest, and a helmet, Eubank is seen running out into the street approximately 150 yards before picking up the girl and bringing her back safely behind a tank.

He served more than a decade in the U.S. military.

Former US Special Forces soldier-turned aid worker runs through gunfire in Mosul to save a child from ISIS🇺🇸🇺🇸🇺🇸 pic.twitter.com/2Dnr6qg4I2