Mad!? The Cold War Gave Us These Odd, Beaked Spies 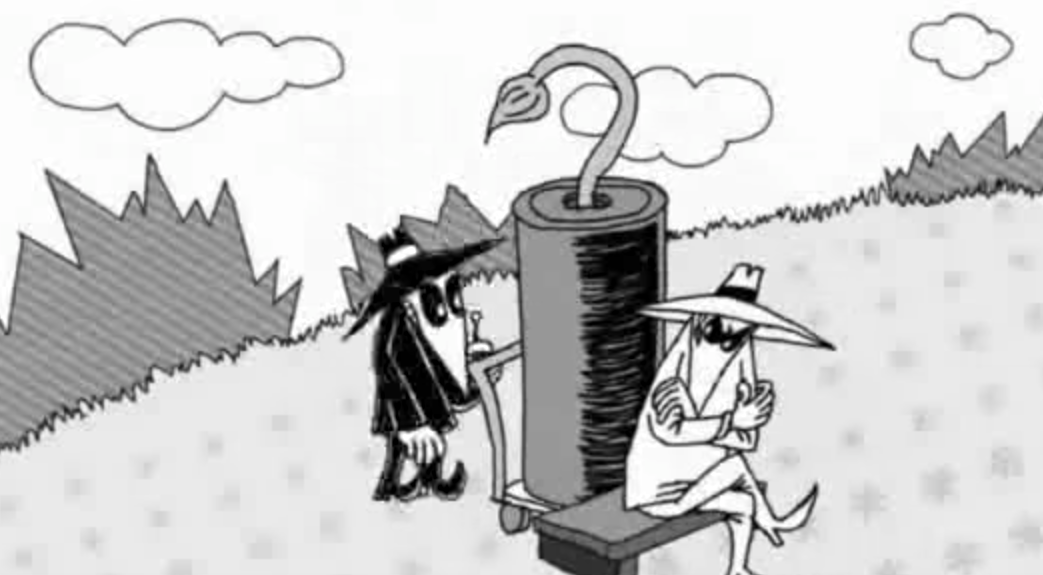 It was first featured in Mad magazine, but its real origin can be traced to that Soviet-backed island less than a hundred miles from Miami, Florida. The one where people put pickles and pork on their sandwiches — where the stogies are fat, rich and world famous, and the coffee is actually espresso.

Allow the A.V. Club to explain:

… the creator of Spy Vs. Spy was a Cuban-born cartoonist named Antonio Prohías (1921-1998), whose sly, satirical work had won him his country’s top accolades. Prohías’ cartoons had often poked fun at the regime of Cuban dictator Fulgencio Batista, so the artist initially earned the praise of Cuba’s new leader, Fidel Castro, when the latter took power in 1959. But soon, Castro began suspecting that Prohías was a spy and began getting him fired or banned from various publications. Fed up with this treatment, Prohías headed for New York, despite the fact that he knew not a word of English. Fortunately, the cartoonist’s portfolio earned him a place in the pages of Mad on the very first day he visited the magazine’s office. “The editors were skeptical of the artist,” Grundhauser writes, “but his silly spy gags won them over, and he had sold three of the strips to the magazine before leaving that day.”

The online mag also points out that the strip is still alive today, years after its creator’s passing, thanks to the dedicated work of Peter Kuper, who offers why he believes it’s lasted this long: “you can be preliterate and get them.”