Jack Hughes, a Marine veteran who served in the Vietnam War and earned two Purple Hearts for his service, was assaulted by other Marines at Charlotte-Douglas International Airport last week.

Hughes was wearing a jacket displaying his medals and ribbons in the airport because he was on his way to a Veterans Day event at his granddaughter’s school in St. Louis. Prepped to teach others about the sacrifice and service of military veterans, he was thus shocked when a group of young men who identified themselves as Marines confronted him in the airport terminal and accused him of stolen valor. 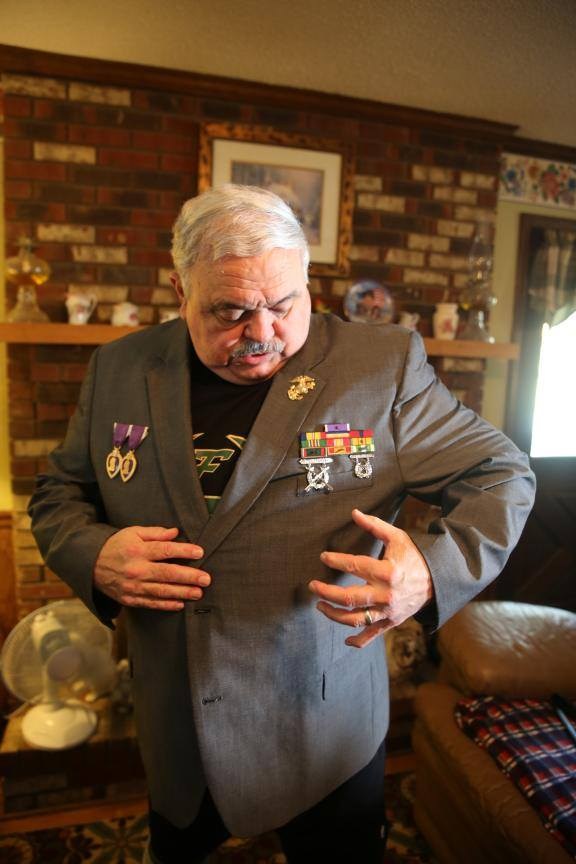 The 66 year-old veteran teared up when he described the incident to WSOC-TV.

“All of a sudden (a man) jumps up and he’s got a camera in my face screaming, ‘Your medals are crooked. You’re a fake. You’re not a Marine,’” Hughes said. “He kept screaming at me, telling me I was nothing, that everything I had was fake. I was a fake and phony.”

Hughes explained how he earned his Purple Hearts and showed the young men his VA healthcare card. Despite his efforts to prove himself, the situation escalated when one Marine took a swipe at his medals and ripped off his jacket buttons. Eventually, airport police intervened and removed the antagonistic Marines from the area. No one was arrested.

Guardians of Valor, an organization dedicated to verifying military status and rooting out stolen valor, condemned the Marines who attacked Hughes. In a Facebook post, the group explained that it would never post a stolen valor video that contained physical confrontation, nor would it accuse anyone of stolen valor without investigating those claims first.

“We know Stolen Valor hits a nerve with all who have served, but it must be handled professionally and lawfully,” the group said.

Hopefully, the Marines who videotaped their shameful assault of a decorated military veteran will be reprimanded for their actions. Meanwhile, Guardians of Valor is working with Hughes to identify the guys behind this incident and warn against wrongful accusations of stolen valor.