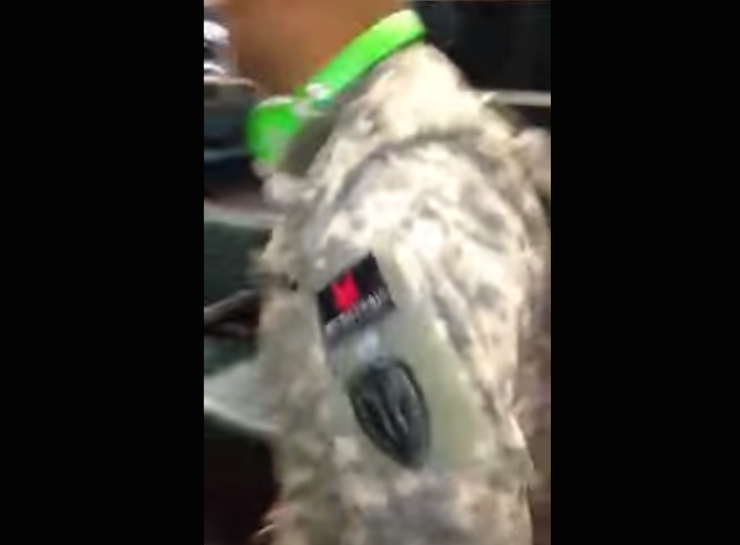 So far details are scarce, but according to the YouTube poster the man filming the following footage of a phony United States Special Forces soldier (who claimed to be stationed at Fort Bragg) is an active-duty military serviceman himself (and a part of “SF” or Special Forces).

The video’s description also mentioned this:

… this guy had no CAC, collar up, Fox Tactical patch on left shoulder. NOT EVEN IN THE MILITARY!!!

If you know anything further about this sticky situation, drop a line in the comments.