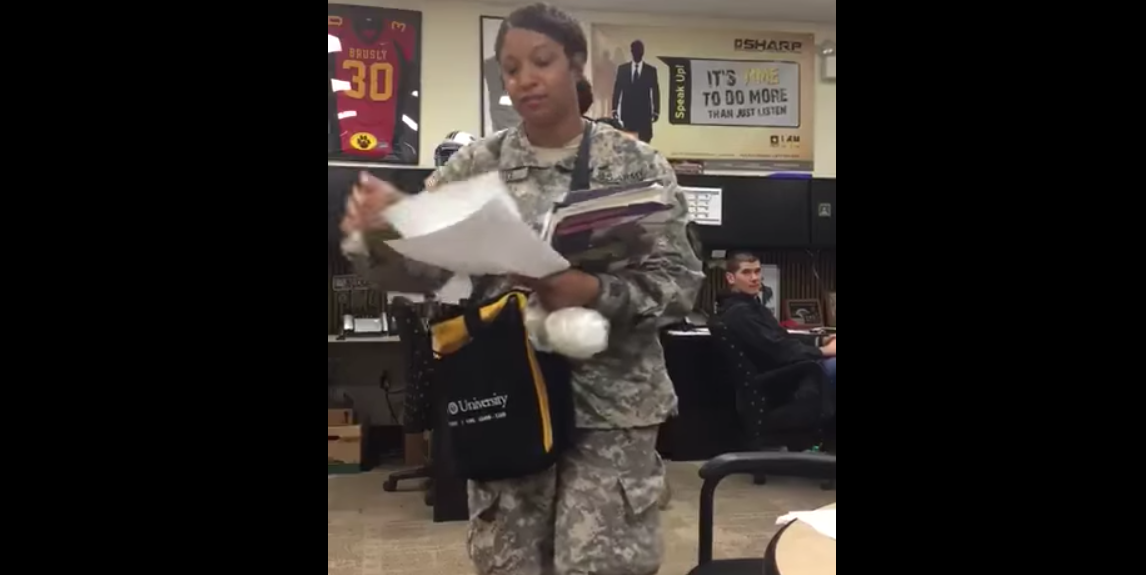 The pink tennis shoes … in uniform. The fugazi statements about being a United States Army colonel. The loan request. The assumption that a recruiting office doubles as a bus depot.

As if active-duty military personnel at a station established to unearth talent couldn’t spot someone openly fraudulent and illicit, trying to get Uncle Sam to pay for a free ride on big wheels headed toward a well-known installation.

We’re just going to leave this one here because, really what else is there to say?

Nothing. But prepared to shakes one’s head instinctively …