Nicholas Anthony George needs the assistance of a wheelchair. True.

Nicholas Anthony George served less than two years in the Army and left as a private. True. 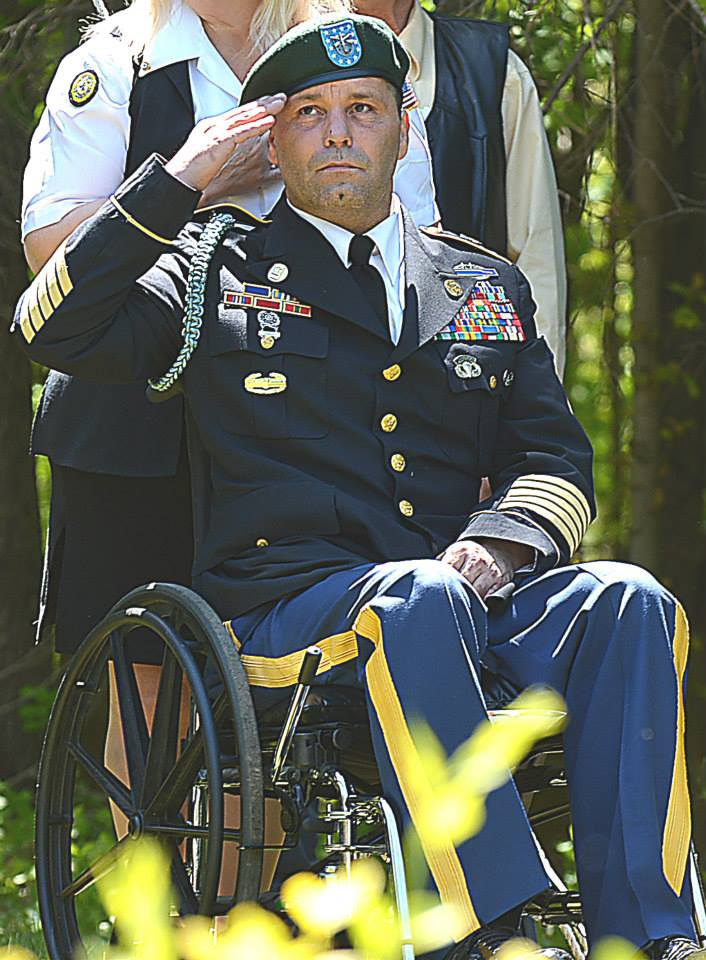 But these are all things that this “creative” (although for a liar, a little too “on the nose”, right?) man who briefly served his country claimed to be true. He propagated these extraordinary lies to reporters at a Memorial Day service while wearing a full uniform (you can see the photograph here) complete with fake medals and badges, etc., and even got a story out of it when a local publication filled a page with this fabricated details.

The caper quickly unraveled, however, when the reporter got suspicious of the “facts” and started interviewing those closest to George — his family and friends. Pretty quickly they began to tell a tale of a man desperate for attention, who has — for as long as they can remember — pushed untruths onto anyone willing to listen in the hopes it would prop him up as a great man.

This from the Oxford local paper The Leader, the periodical that blew the top off George’s flimsy cover:

[George’s] mother said he lied about his parents to his wife after he had married, saying they had wealth.

“We continued to piece together George’s web of lies, finding out that he was wanted for a civil case out of Peoria, Illinois. This after finding out he was actually 45, not 55 as he had claimed to the (Leader) reporter and others,” wrote Guardian of Valor investigators in an online posting.

“Once we found out his true (date of birth), we reached out to our Army contacts for his real military records. Once we received them, it was as we had figured, 99 (percent) of his military career was a complete fabrication.”

George’s officials Military records indicated he served from October 1988 through March 6, 1990, served as a combat engineer, never saw combat and was discharged in Germany as a private in the Army.

Since the investigation, George has been banned from the local Oxford American Legion Post 108.

In a follow up story from the Oxford Leader, the headline read, “He’s a fraud.”