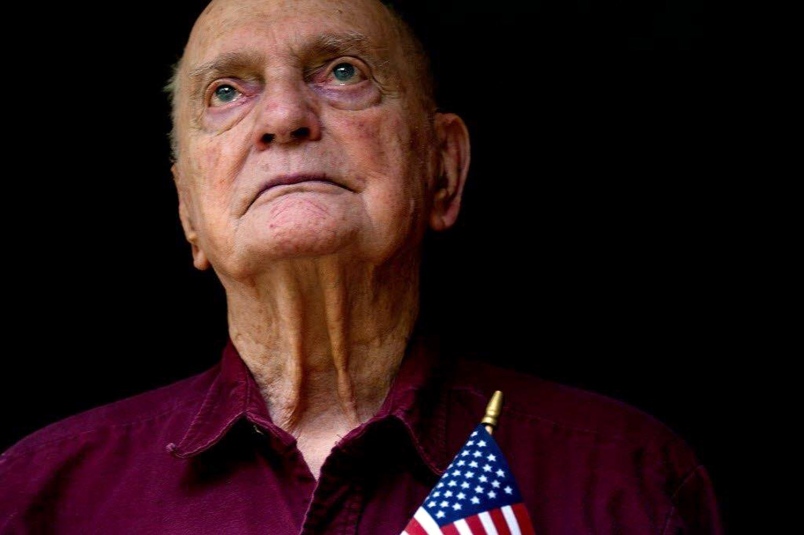 In an interview for The Spokesman-Review, WWII veteran Herbert “Bud” Kirchhoff sat down with Scott Maben to talk about WWII and the infamous Bataan Death March where thousands of American and Filipino prisoners of war lost their lives before reaching Camp O’Donnell.

He spent the last 3 1/2 years of WWII a prisoner of war, now at 95, Staff Sgt. Kirchoff is being honored as Hayden’s Distinguished Veteran of the Year.

Here are few gems we learned from the interview:

2. Gen. George S. Patton personally tapped his unit to go to the Philippines.

3. When Japanese bombers blasted an airstrip and Kirchhoff jumped into a small hole and a bomb fragment landed right next to where he took cover.

4. He and members of his unit were waiting for the Japanese to arrive and take them prisoner when they decided to search a maintenance shop for food and supplies. They found a nearly new, blue Buick sitting there, loaded it with their bounty and took off down the road.

5. Kirchhoff lost 110 pounds during his imprisonment.

6. Kirchhoff said he suffered through pneumonia, malaria, Dengue fever and diphtheria while imprisoned in the concentration camps.

7. He used to be active with a group called American Ex-Prisoners of War.

8. After the war, he worked as the Chicago district manager for a New York-based company that made abrasive grit for grinding wheels and sandpaper.

9. He was in Seattle for a short time before returning home to Chicago and now lives in Idaho.

10. When asked what he wants people to remember about WWII he responded, “How awful it was. … We’re all losers in a war”.