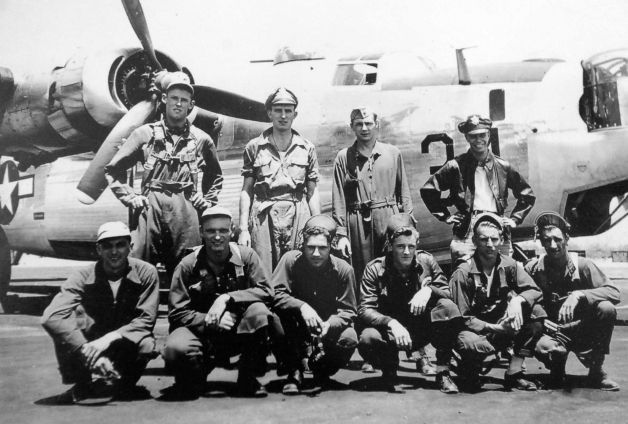 On December 17, 1944, Milton Klarsfeld was navigating a B-24 bomber with the 461st Bomber Squadron on board when Nazi warplanes shot it down causing an explosion 26,000 ft in the air. Five of the 10-man crew were killed on impact, and Klarsfeld was knocked unconscious. When Klarsfeld awoke, he and four other airmen were unknowingly being transported to war camps in areas of Germany.

Now 70 years later, Klarsfeld in the only living survivor of the attack. He and his family sat down for an interview with the Times-Union where he talked about cheating death and his time as a POW during WWII.

Here are 9 interesting facts we learned about Klarsfeld:

1. Klarsfeld was originally rejected by the military in 1940 due to his flat feet.

2. His grandparents left Austria-Hungary and Poland before World War I to escape persecution.

3. Klarsfeld and the other airmen who survived the bombing were taken to Frankfurt and held in a cage for 10 days.

4. He was transferred to a POW camp for officers and Jewish servicemen in Barth, Germany where he was held for four months.

5. He is the owner of one of Albany’s first television stores

6. Russian soldiers liberated the prisoners of war a week before allies declared peace in Europe.

7. Klarsfeld kept a journal with a swastika on it – as a disguise from German guards – to document his experience in the camp. He still has that journal to this day.

8. When Klarsfeld was in a war camp, he stole bologna from a German guard while he was sleeping and blamed it on a German soldier.

9. A last minute deal between the American military and the Germans spared his life.