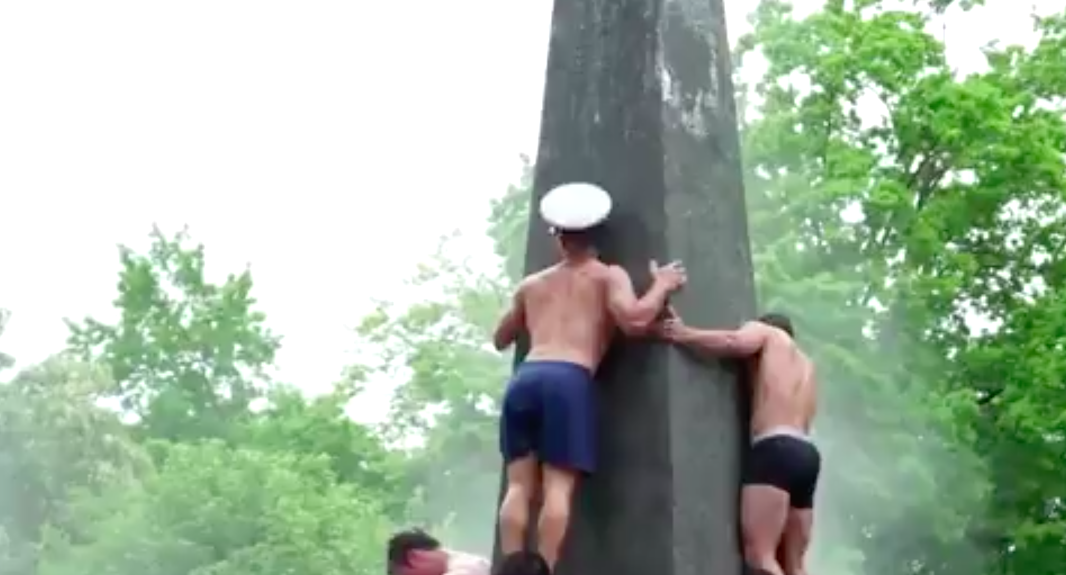 Hundreds of new students attempted to climb a huge, slicked granite structure — 21 feet high — on Monday in order to accomplish two things: keep alive a long U.S. Naval Academy tradition, and officially start their time as plebes (according to the guarded custom, their “careers” haven’t begun until one of them has successfully replaced a dixie cup at the top of the monument).

Oh, and that slick? Yeah. The obelisk is covered in 50 pounds of vegetable shortening (lard or cooking fat).

Watch them in their attempt below. It’s something the broadcaster for the live stream (which has since been hosted on the Washington Post Facebook page) calls the annual Herndon Monument climb “the best spectator sport in America you’ve never seen before.”

Before you click to view, keep this in mind: the cup cannot be thrown atop, it must be placed.

The academy first began recording times of the event in 1959.