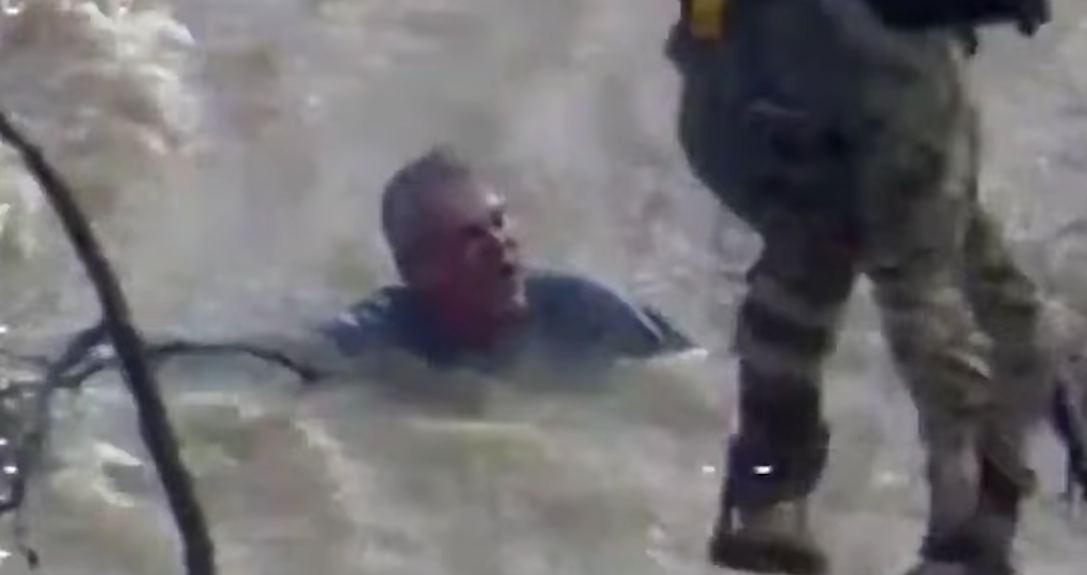 While a hole in a portion of a northern California dam put hundreds of thousands of residents in danger over the weekend, as its adjacent manmade lake threatened to spill over, others in the Sacramento region suffered through intense flash flooding, including the octogenarian in the following footage.

Thankfully, the California Air National Guard was quick enough to respond to the Indian Valley resident’s emergency, because if they hadn’t, the worst would have certainly occurred.

According to the Sacramento Bee, the man — identified as 81-year-old Rodger McMurtry — attempted to drive his vehicle over a bridge in Crescent Mills that was covered in several inches of water. When his auto stalled, he got out and was immediately swept away by the rushing water.

Enter Plumas County Sheriff Greg Hagwood and a crew of guardsmen, who were a mere 30 seconds away from the gentleman in distress when they received the call (they were overhead assessing flood damage).

Watch as they guide the chopper over the creek and pluck the man from a willow tree he was clinging to (for dear life):

“Another two minutes and he would have been gone,” Hagwood told local reporters.

McMurtry was taken to Plumas District Hospital upon being rescued. No word on whether or not he’s since been discharged.