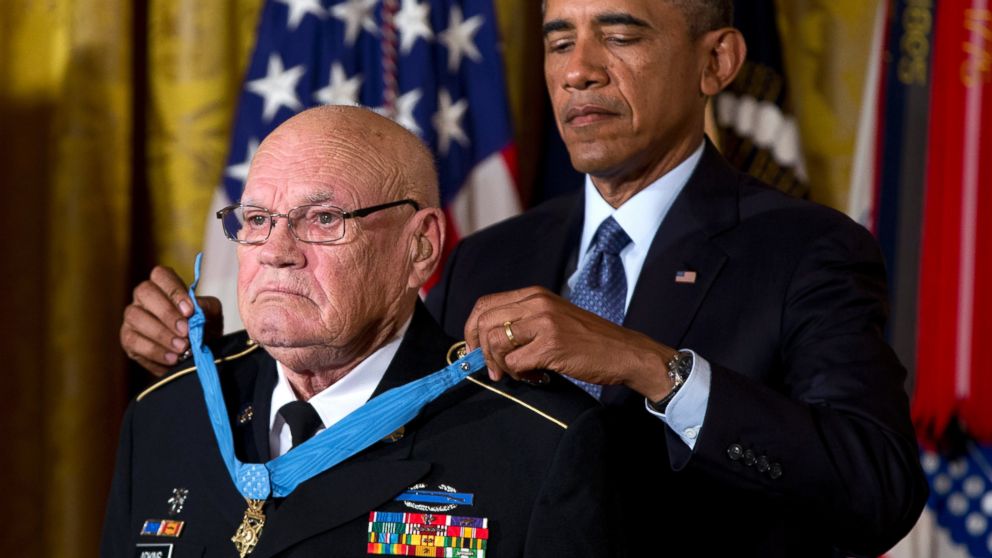 Nearly five decades ago, while on his second tour, Sgt. Maj. Bennie Adkins sustained 18 injuries, killed an estimated 135-175 enemy fighters and escaped a tiger while fighting in Vietnam in 1966.

Adkins spent over 20 years in the military, now at 80-years-old he’s been awarded the nation’s highest military honor.

Recommendations for the Medal of Honor must be made within two years of an act of heroism and the award is typically presented within three years. Congress granted an exemption for Major Adkins and another Vietnam veteran, Donald Sloat to receive the honors they deserved.

“This is strictly a humbling experience for me,” Adkins told White House reporters. “I want to dedicate this to the five soldiers who paid the ultimate price in this battle.”

What a well deserved honor!

Hear more of Adkins story in the video