U.S. Working on Plan to Slow Down Withdrawal of Troops in Afghanistan 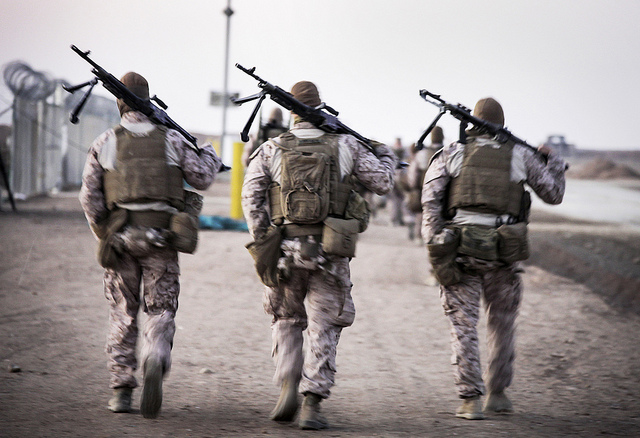 According to the Washington Post, U.S. and Afghan officials met in Kabul this past Saturday in Kabul to come together on rewriting the plan to end the U.S. military involvement in Afghanistan and the war against al-Qaeda and the Taliban.

While they didn’t disclose specific details about the proposed revisions, both U.S. Defense Secretary Ashton B. Carter and Afghan President Ashraf Ghani disclosed that they are reconsidering “the pace of U.S. military withdrawal, the scope and frequency of of U.S. counterterrorism raids and whether they should keep U.S. bases open longer than projected”.

The deal could be done as early as next month, when a visit is scheduled for Ghani to meet President Obama in Washington.

U.S. troop levels are – as of right now – scheduled to be down to zero by the time Obama leaves office in 2017 (with the exception of the troops stationed at the Embassy in Kabul) with the plan calling for 5,500 troops still in the country by the end of 2015.

It has been documented, however, that U.S. military commanders have sought more “flexibility” in withdrawing, in addition to seeking more freedom to conduct counterterrorism raids and airstrikes.

Carter, who took the post of Defense Secretary just a week ago, boiled it down at the joint conference to one key phrase.

“Our priority now is to make sure this progress sticks,” he said.