U.S. Troops to Remain In West Africa for A Year to Fight Ebola 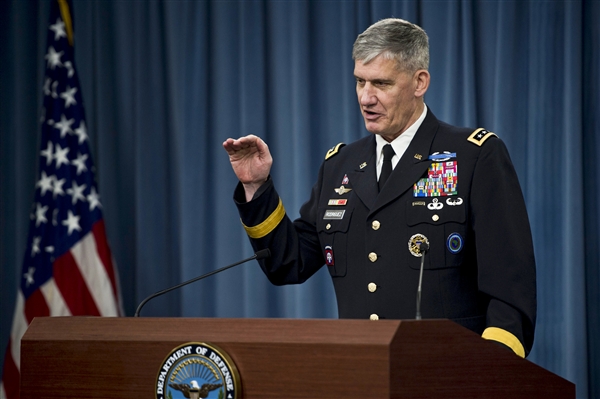 “This is not a small effort, and it is not a short period of time,” Gen. David Rodriguez told reporters Tuesday at the Pentagon.

There are currently about 350 troops in West Africa and the total deployment is said to reach 4,000 in upcoming weeks. There have been many concerns about soldiers being exposed to the ebola virus however the DoD promises to do everything to mitigate soldiers risks of contracting the virus.

“There are no plans for the U.S. military to provide direct care to Ebola patients,” Army Gen. David M. Rodriguez told reporters.

The troops primary role will be building new medical facilities and labs for Ebola treatment and research, providing medical care kits to the community, and training locals in prevention methods.

The Defense Department is estimating the entire operation to cost the U.S. $750 million over a period of six months.

More than 3,400 people have died in West Africa form the Ebola virus and an estimated 7,470 have been diagnosed as having the infection.

Rodriguez said the current estimate is that the Army’s and Navy’s engineers can have their first set of 17 Ebola treatment units finished by mid-November.