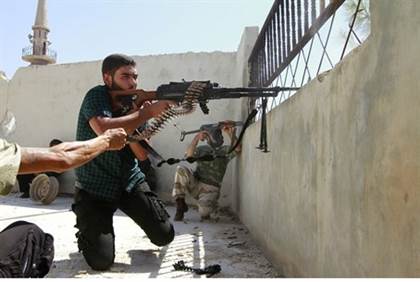 The Pentagon confirmed that it will send as many as 1,000 people to train Syrian opposition forces beginning this year. The U.S. will send nearly 400 U.S. troops and some 600 support and logistics personnel.

Syrian rebel forces will be vetted prior to receiving any U.S. military training, said Pentagon spokesman Navy Rear Adm. John Kirby. Further, training will be coordinated with similar efforts by other nations like Saudi Arabia and Qatar.

(New: The Life of a Military Family in Pictures)

U.S. presence in the region will include special operations, support staff, and military trainers to prepare the Syrian opposition to successfully fight ISIL in Syria. The Department of Defense sent out a tweet on January 16th informing the public of their upcoming plans.

The full Department of Defense report is available on the DOD’s news feed.