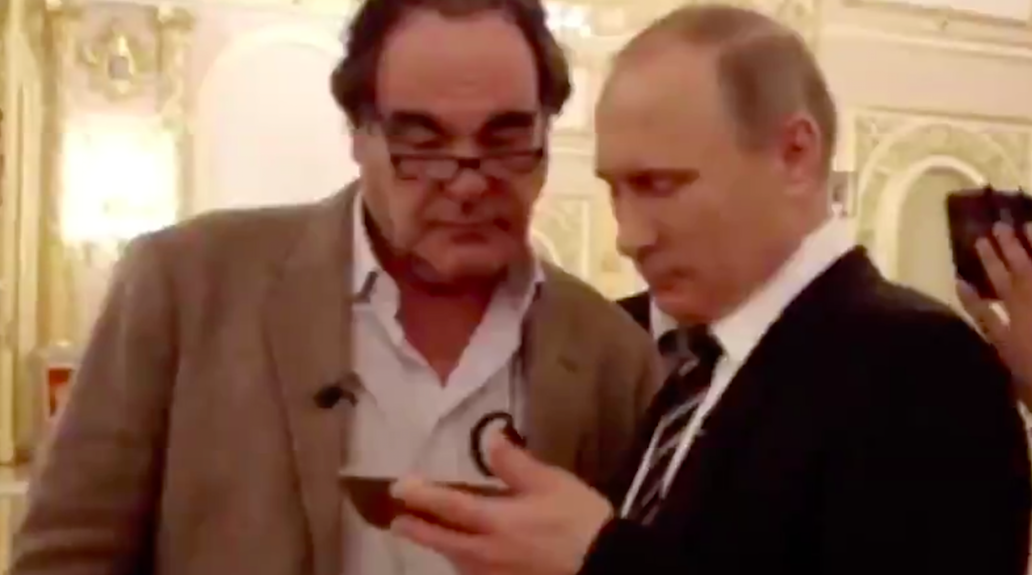 Celebrated filmmaker and Vietnam veteran Oliver Stone’s new project, “The Putin Interviews”, features a segment where the controversial leader of Russia shows off a video on his smartphone. He tells Stone it’s his own air force bombing ISIS in Syria.

Recently, however, a few Russian-based journalists have called into question this claim. They say Putin lied and that the clip doesn’t at all depict Russian, or even ISIS.

This tweet was retweeted by Pulitzer Prize-winning journalist C.J. Chivers of The New York Times on Wednesday morning:

Footage of "Russian helicopter bombing ISIS" shown to Oliver Stone by Putin appears to be taken from 2013 US Afghan video.H/t @meduzaproject pic.twitter.com/qmWD1W6Tnw

In the clip, the editors point out that Putin’s video is identical, and in fact, one of a U.S. AH-64 Apache helicopter “firing on Taliban forces in Afghanistan” back in 2013.

They even do a side-by-side comparison.

At the end of the case, CIT gives credit to the reporters that originally found the discrepancy. They’re from Meduza, an online Russian language newspaper based in Latvia.