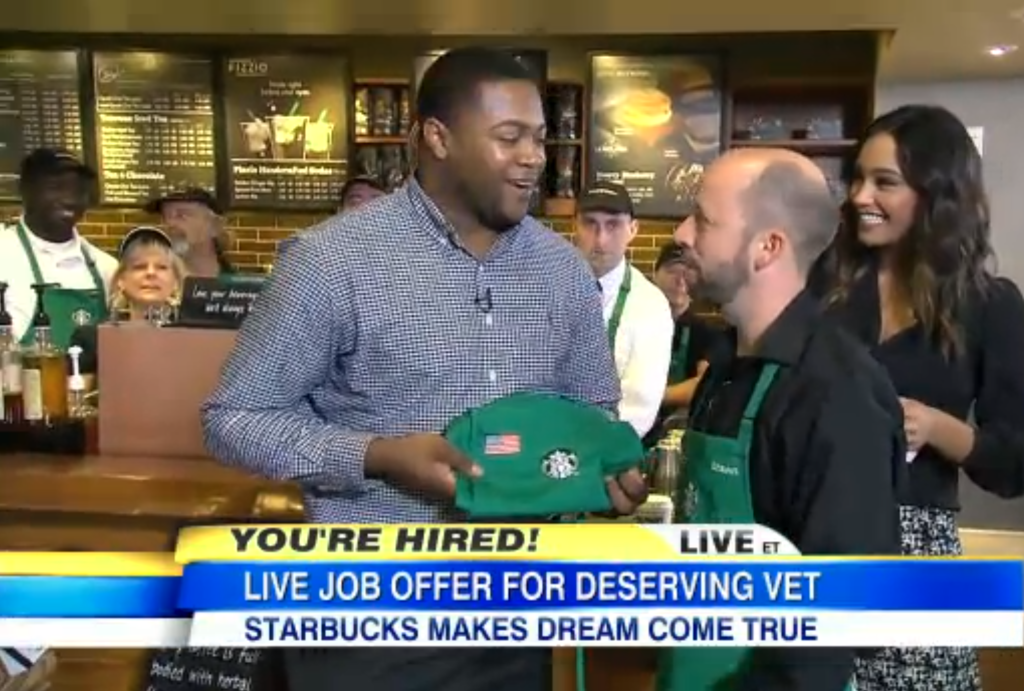 After discovering he had a heart condition Penn Johnakin was honorably discharged from the Army – a place he hoped to have a lifetime career.

Johnakin returned back to Winston Salem, NC and immediately started looking for a job with little to no luck. He saw that Starbucks established a new military program for veterans and their families – benefits of the program include full paid tuition to attend college online – he applied for a job as a shift supervisor and impressed the military recruiters.

“His [Johnakin’s] composure and professionalism really stood out to us and the leadership skills he’s gained in the military will serve him well as a shift supervisor,” said Starbucks store manager Sean Ritourto.

But the surprise wasn’t Johnakin receiving the position – it was how he was going to find out.

As apart of Good Morning America’s “You’re Hired” segment, Johnakin was surprised with his high school band, patriotic apron, and a free coffee with an official job offer.

Starbucks plans to hire over 10,000 veterans and military spouses by the end of 2018.

Check out his reaction below