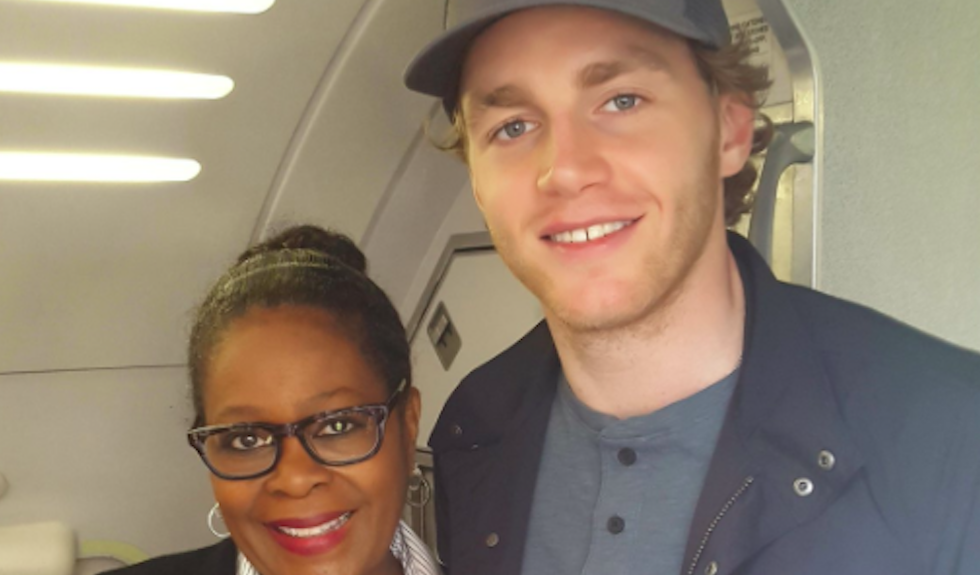 To say you support our veterans, and the dedicated active and reserve members of America’s military community, is one thing. To say it, and then show it, by doing, is a whole other level.

Patrick Kane, a standout professional hockey player for the Chicago Blackhawks of the National Hockey League (NHL), decided to walk the walk recently — on an American Airlines flight recently he gave up his first-class seat for a United States Army soldier, who happened to be on the same flight.

This from CBS Chicago:

Teri Truss, of Columbus, Ohio, said she’s not a hockey fan, but she tweeted a photo of herself with Kane, calling him a “class act” after what he did when he was seated in first class and saw a man in uniform seated in coach.

Patrick Kane from The BLACKHAWKS gave up his 1st Class seat to a SOLDIER…what a class act… pic.twitter.com/NKTDWXWdZA