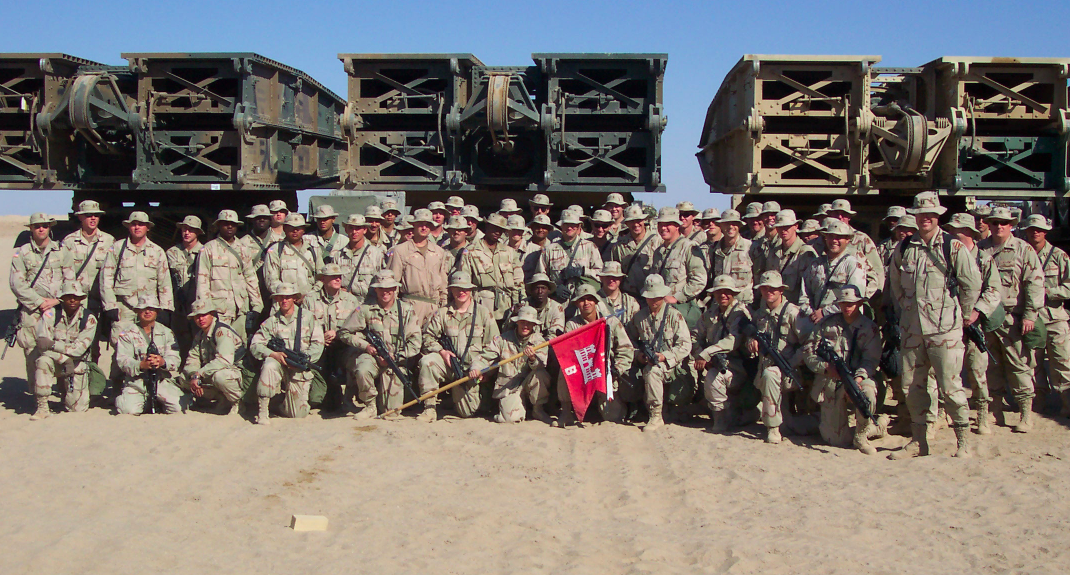 United States Army Sergeant 1st Class Paul R. Smith wasn’t alive to hear the news that he was to be awarded the highest honor the American military bestows: the Medal of Honor. But a hundred of his fellow service members were.

On an early spring night almost 14 years ago Smith was a platoon sergeant in Bravo Company, 11th Engineer Battalion, 3rd Infantry Division (photograph above), and he and about one hundred soldiers were building a small jail in a courtyard near an international airport in Baghdad …

… when they were suddenly attacked by about one hundred members of Saddam Hussein’s Republican Guard.

Smith quickly rallied his men to create the best defense they could, which consisted of two platoons of soldiers, one Bradley Fighting Vehicle and three armored personnel carriers. The platoon was pinned down in the courtyard by enemy fire from a nearby watchtower and was in danger of being overrun.

Smith fought hard, throwing hand grenades and firing anti-tank weapons to slow the enemy. He also evacuated three soldiers who had been wounded when their vehicle was hit by enemy rounds.

Smith then ran to a damaged armored vehicle, where he manned a .50-caliber machine gun that was exposed to enemy fire. He fired more than 300 rounds at the enemy, killing up to 50 of them and leading to their retreat. Unfortunately, near the end of the battle, Smith was shot in the head and killed.

Because of his selfless sacrifice, Smith saved the lives of about 100 U.S. soldiers that day

In 2005, Smith’s wife and daughter accepted the Medal of Honor on his behalf.

“We count ourselves blessed to have soldiers like Sergeant Smith, who put their lives on the line to advance the cause of freedom and protect the American people,” said then-President George W. Bush at the White House ceremony.

In the last letter he wrote to his parents, Smith included the following line:

“There are two ways to come home, stepping off the plane and being carried off the plane. It doesn’t matter how I come home, because I am prepared to give all that I am to ensure that all my boys make it home.”

A fisherman, his ashes were scattered in the Gulf of Mexico. A memorial marker can be found at Arlington National Cemetery: Section D, Lot 67.