A four-legged hero was laid to rest Wednesday in a manner fitting of his heroism and military service.

Major Mike, a military dog who won two Bronze Stars for his valor during his two tours of duty in Iraq, was buried with military honors at a public memorial in Wyoming.

His owner, former Ranger Michael Bessler, wore his military uniform and beret as he bade his canine companion farewell. Major Mike’s memory was celebrated with a traditional 21-gun salute, a military bugle rendition of “Taps” and the presentation of an American flag. 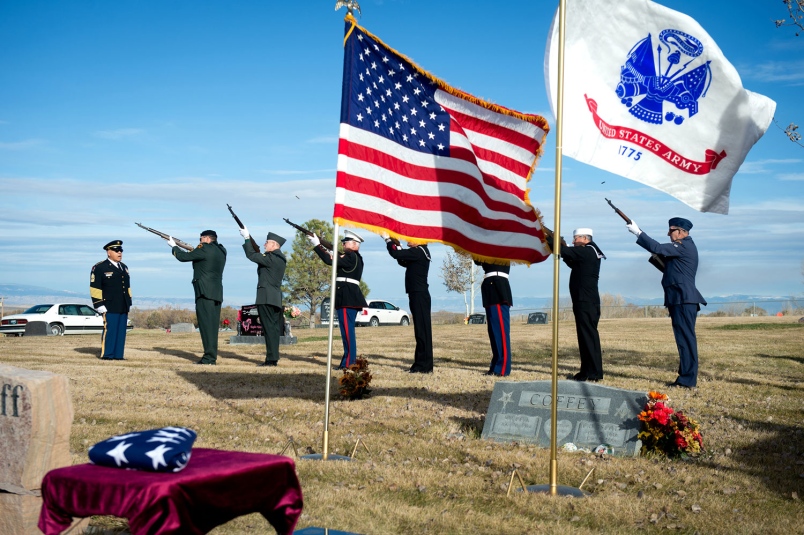 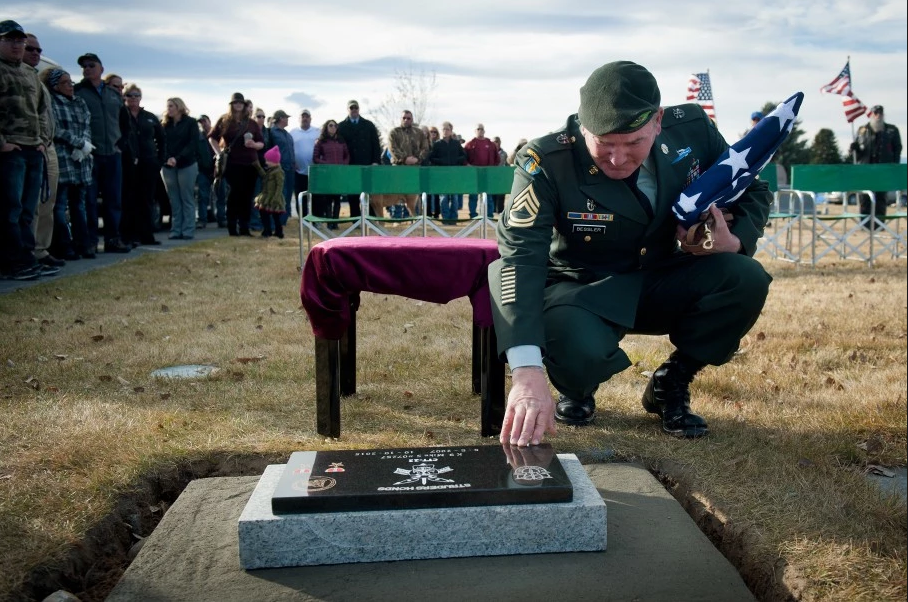 The Army does not provide the funding and resources to give war dogs full military funerals. Major Mike’s burial is the second of its kind in the modern United States, and it was only made possible by the generous fundraising efforts of Bessler’s community and volunteering from the Powell Veterans Honor Guard and National Guard.

The story of Major Mike became worldwide news after he was shot by a bicyclist in his hometown. The bicyclist, now identified as another military veterans, felt threatened by Mike and intended to wound the dog so he could bike away. Bessler, who relied on Major Mike to soothe his PTSD, contested this version of events from the very start. The police are still investigating whether the bicyclist was in the right.