Sgt. Maj. Ronald Green Announced as Next Sgt. Maj. of the Marine Corps 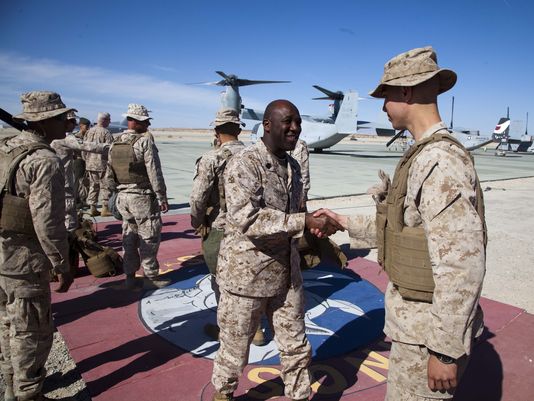 Currently, Green is the sergeant major of I Marine Expeditionary Force. He will become the 18th Sergeant Major of the U.S. Marine Corps on February 20th, relieving current Sgt. Maj. of the Marine Corps Michael P. Barrett.

Green has served as a Marine for 31 years. During a recent interview, he said that he and a college buddy joined the Marines together because:

It was toughness, and [the Marines] guaranteed that it was going to make us men and grow us up. So we accepted the challenge.

(Also: 10 of the Toughest Quotes in Military History)