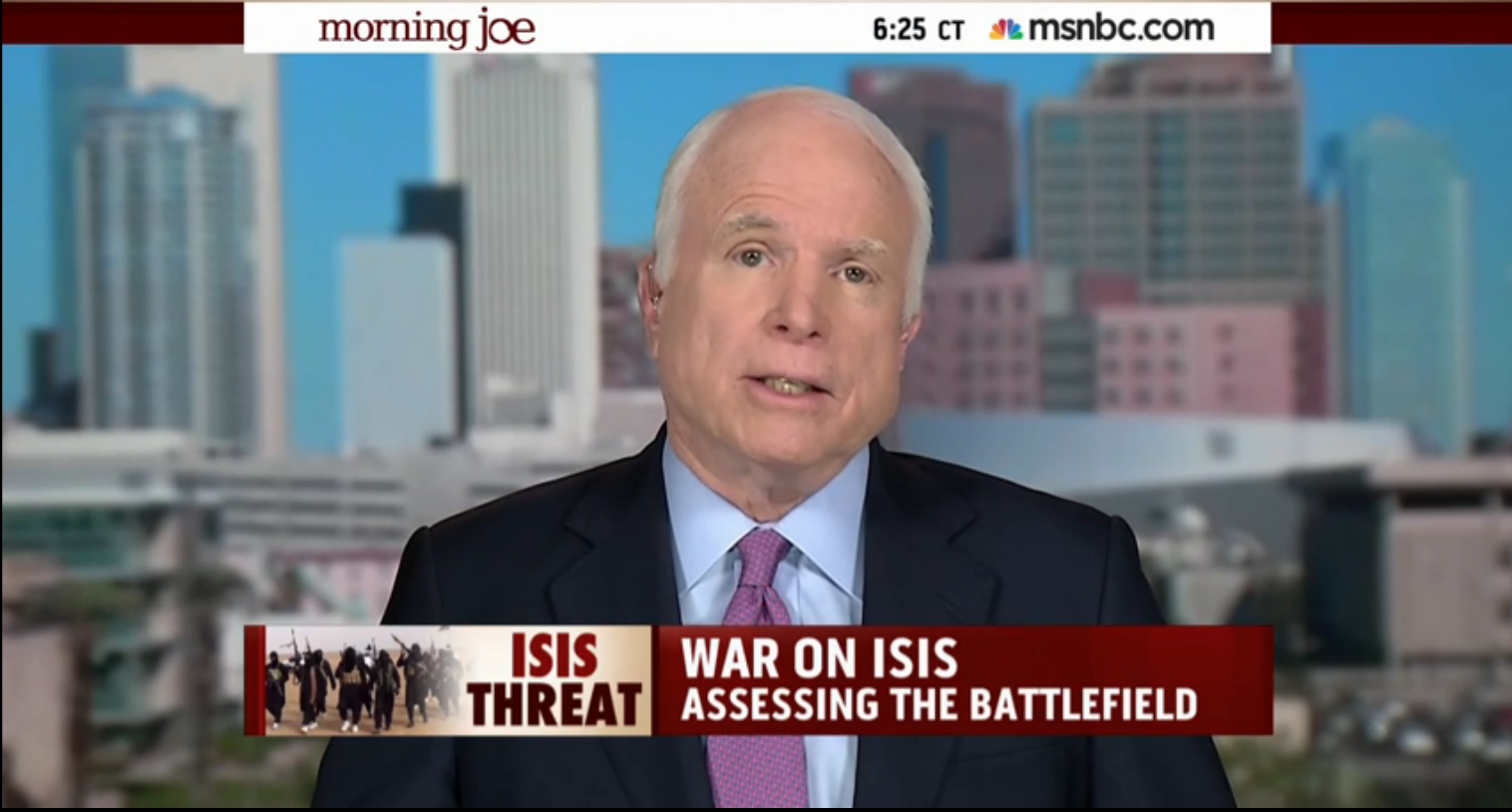 Republican Senator John McCain proposed sending 10,000 American troops to Iraq to battle the terror group ISIS on Thursday, during an interview on MSNBC’s Morning Joe. Among the forces required, Mr. McCain’s plan calls for the deployment of specialized units like US Special Forces and Air Force Combat Controllers to assist the Iraqi military in pushing back and ultimately defeating the terrorist group, saying:

This plan comes on the heels of President Obama’s letter to Congress requesting the authorization of war against the terrorist group that calls itself the Islamic State, although the number of troops requested was not clear.

Senator McCain believes a stronger U.S. presence is necessary to deter Iran from having a leading role in the conflict, as well as better position America’s ability to directly arm local militias that are struggling to fight the vast number of ISIS militants.

In addition to his boots on the ground strategy in Iraq, Senator McCain also outlined the need for the United States to lead efforts to eliminate Bashar Assad in Syria and to recruit other Arab Nations to join in the fight against the growing Islamic States throughout the region.

There are about 2,300 U.S. troops currently in Iraq, with an additional 4,000 from Ft. Carson’s 3rd Brigade Combat Team on their way to Kuwait.