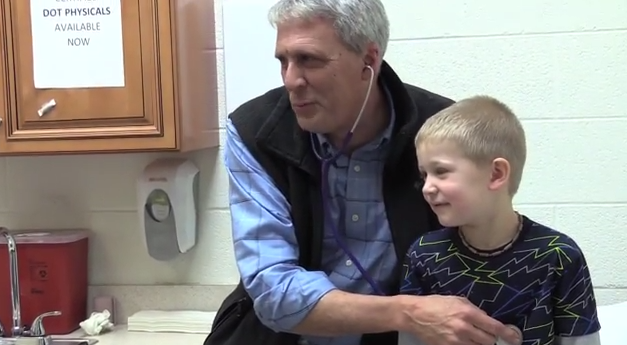 The Country Doctor of the Year award has been awarded by Staff Care to doctors who work in communities of 30,000 or less since 1992. Dr. Marsh is the only doctor on call in the central Shenandoah Valley in West Virginia.

Before practicing in a small town, Marsh was a Green Beret whom after medical school went on to become a doctor for the Army’s Delta Force antiterrorism unit at Fort Bragg. He worked with the unit from 1986-1993 and deployed with the unit often, most notably during the Battle of Mogadishu.

According to Stars and Stripes, in 1993, Marsh deployed to Somalia with a group of Rangers and Delta Force operators responsible for capturing Somali military commander Mohamed Farah Aidid.

The Battle of Mogadishu was later depicted in the 2001 film “Black Hawk Down.”

While in Somalia, Marsh was shot by a mortar crew which seriously injured his lower body and legs. He never regained his true physical strength and retired in 1996 as a lieutenant colonel.

“I never regained the physical skills I needed to stay on jump status,” said Marsh. “I probably could have stayed in Army medicine, but I just didn’t feel that calling, I felt another calling, that I wanted to come do family medicine practice back in Virginia, where I grew up.”

Now his primary patients are farmers and families. He has over 3,000 patients, makes house calls, visits patients in assisted living and does his hospital rounds sometimes until sunrise.

“I get the camaraderie that I felt at Delta — I’ve felt that here in this community,” said Marsh. “We rely on each other. These are really independent people here in a rural area … independent, hardworking people. Dedicated.”