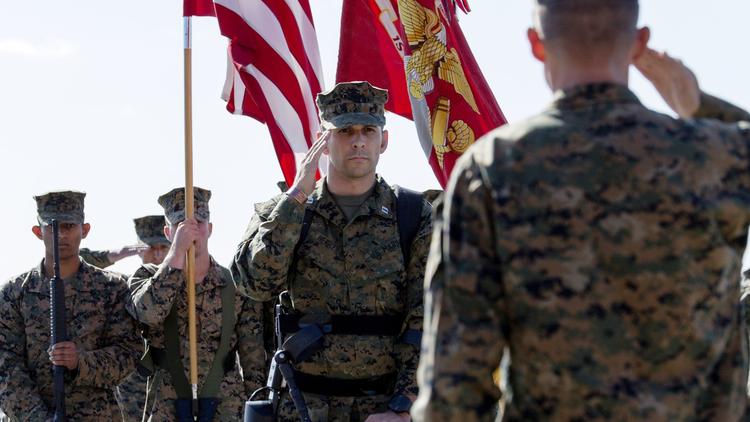 In 2012, Marine Capt. Derek Herrera (Ret.) was leading a mission in the Helmand province of Afghanistan when he felt a pulsing sensation in his back.

He had been shot by a sniper – the bullet of an AK-47 pierced his spine leaving him paralyzed from the chest down.

But Cpt. Herrera was determined to walk again.

Herrera retired from the Marine Corps on Friday afternoon, in a ceremony at Camp Pendleton where he was also presented with a Bronze Star with V for combat valor and a Navy and Marine Corps Commendation Medal.

With the help of robotic legs called the ReWalk system, he was able to walk to receive his award.

Herrera is the first person in the United States to purchase the $70,000 robotic exoskeleton system. The device works with the use of leg braces containing motion sensors and motorized joints that respond to both upper-body movement and shifts in balance.

“Being able to stand and receive this award will just kind of be a symbol and show others that I’m not out of the fight”.

Watch the video for more of Cpt. Herrera’s story.