On its 50th Anniversary, One Air Force Pilot Reflects on the Spy Plane “Blackbird” 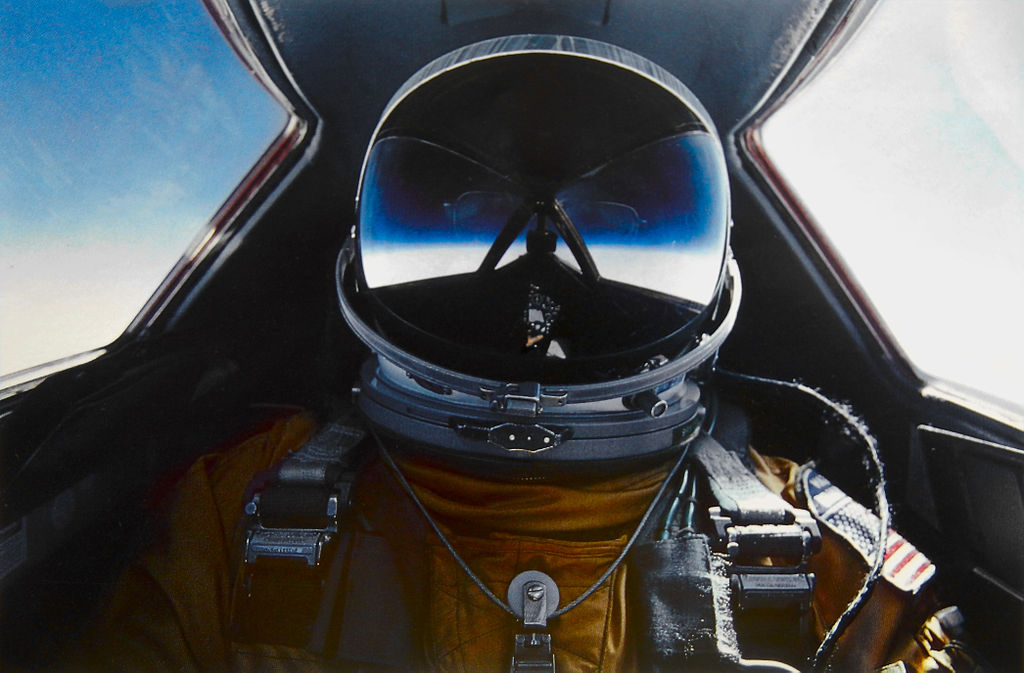 In a recent interview with Vice Magazine, US Air Force Major Brian Shul discusses with writer Tom Breakwell the process of training to fly “Blackbird,” a SR-71 spy plane, the many books he’s published about it, and how he used the plane to spy on both Russia and Korea.

Read the interview below:

VICE: Hi Brian. Tell me about the time you crashed into the jungle.
​
Brian Shul: We were working as air advisors to the Thai and Laotians. I was flying over southern Thailand, near the Cambodian border, and was hit by small arms fire, of all things. I didn’t even really know I’d been hit. I lost power and was unable to get out of the plane because I was too close to the ground, so I had to ride it into the jungle. It blew up, but I was lucky enough to get myself out of the burning plane, crawl out into the jungle, and wait for rescue. I was totally conscious and I remember every bit of it.

And you were taken to Okinawa to recover from your burn injuries?
​Yes. They didn’t think I’d survive a trip across the Pacific so they sent me there. They flew a burn team out from the US until I was able to fly back to San Antonio, where I underwent 15 surgeries. I was very lucky to be alive. I was pretty badly burned, but afterwards I was able to pass the physical and get back to flying planes.

The Blackbird still looks crazy, like some futuristic spaceship. Do you remember the first time you saw it?
​Absolutely—that’s something you never forget. They took us out to the hangar during the interview to show us the plane, which was exciting. They also put us in the simulator to test our skills and demeanor under pressure. It was useful for some people; it showed them they didn’t want to be part of the program because they didn’t like wearing the space suit, or wearing the helmet, or being out of the country. But it made some of us want to do it even more.

How fast is the plane?
​The Blackbird easily flew at over 2,000 miles per hour. You were doing a mile every two seconds, or faster. The jet always wanted to go faster, so you had to hold it back. It was at three times the speed of sound when we were cruising.

How did you mange to photograph the plane?
​I was always interested in photography. But being around planes meant that I got into it a lot more, and I was always taking pictures. When I got to the Blackbird I got really serious about it because I realized how unique it was. Over the years I got a couple hundred pictures. You had to go through a lot of paperwork to get approval [to publish the photos], but I’m really glad I did.

The views must have been incredible at 90,000 feet. Any highlights?
​So many. I put a lot of it in my books. One that stands out to me personally was turning the lights out over the Pacific Ocean one dark night. I saw the Milky Way in a way that you’d never see on Earth because I was so high up above the atmosphere. It was breath-taking and I’ll never forget it. Of course, I couldn’t capture that view on film, but it will stay with me forever. I had a few missions in which I saw two sunrises and two sunsets in one day, as we’d fly up over the North Pole, and the tilt of the Earth gave you the opportunity to see the stars and then come back over the pole and land in England.

I also got to fly back over the area where I got shot down in South East Asia 13 years earlier. That was pretty meaningful for me. You saw scenes that you’d never see unless you were a piloting the world’s fastest and highest-flying jet. I remember flying over the straits of Gibraltar during our infamous Libya raid in 1986, looking down in a turn at Spain and France. So needless to say it was memorable on many occasions.

Prior to Ronald Reagan authorizing the Libya strike in 1986, were you guys collecting information?
​Yes. In 1986, when Ronald Reagan bombed Muammar Gaddafi, me and my back-seater Walter Watson flew three missions in three days from England. We’re the only crew in history to fly three times in three days in that aircraft. And we gathered post and pre-strike reconnaissance for that raid. We devote our second book, The Untouchables, to that, as it was certainly a very interesting time for us.

Once a lot of the information became declassified a lot of the people who worked on the plane were able to open up and discuss their work. We flew much lower then a satellite—the Blackbird had optics you could zoom in with. While the plane stayed the same the sensors and cameras were always being upgraded and improved.

You’ve talked previously about a mission in which you flew over the Arctic to catalogue Russian missile bases. Were you ever worried about being shot down, or did you have faith in the plane and its speed?
​Well, we had ultimate confidence in the machine. But you felt a little naked up there when people would target you. It certainly wasn’t invulnerable despite the height and speed it flew at. If you got everything right you could theoretically shoot one down. But the odds against it were good. In 26 years they fired over 4,000 missiles at this airplane and they never hit one. But you never took it for granted. There was always the possibility they might fire something new at you and you could be shot down. But it proved its worth.

What kind of technology were you up against?
​Well, the Russians designed the MiG-25 to try and shoot us down. But, nearly 30 years later, they couldn’t come up with a better jet than what we’d come up with in the 1960s. They could certainly fly high and try to launch a missile at us—that was always a threat, and it was something they often tried to do desperately, but they never could pull it off.

It’s a tough shot when you’re traveling at that speed. The amount of lead you need to give is a difficult thing. We used to fly practice missions with US pilots. They would be in F-15s to see how difficult it is to shoot us down and they still couldn’t get a lock on. They said it was possible, but it’s a one in a million shot. We felt secure.

You’ve also previously talked about the plane having a psychological effect on, say, Russia and Korea. Can you elaborate?
​The airplane itself had a double sonic boom off the nose of the plane and the inlets. Gathering intelligence over countries like Korea meant that the double sonic boom was an extra slap in the face. It was no secret that the plane was there above them. You couldn’t hide its heat source, so they knew it was there. Many parts of the plane would heat up to 900 degrees. It wasn’t a stealth jet. But that sonic boom let them know we were there.

Were there any missions that were particularly dicey?
​We detail a lot of it in The Untouchables. One that stands out to me is losing an engine over Korea in a turn, which was pretty exciting as the plane was flying sideways for a minute. We could have easily lost the plane but we limped home to Okinawa that night and our training kicked in and paid off. We trained in the simulator again and again, so you became a cohesive unit with your back-seater. Once we got it under control we slowed it down and went home.

Do you miss it?
​Well, it was a lot of work. A lot of exciting, terror-filled moments. I don’t look back and say, “Gee, I wish I was doing that every day.” Although, if someone offered me the chance to fly a mission I would probably go and do it. But life moves on. I’m now really into nature photography. I was lucky enough to be one of the 93 guys who got to fly the plane in real missions. I don’t look backward in life. I like to look forward at the next challenge.