No, Pigeons Don’t Wear Bras (BUT in World War II They Did!) 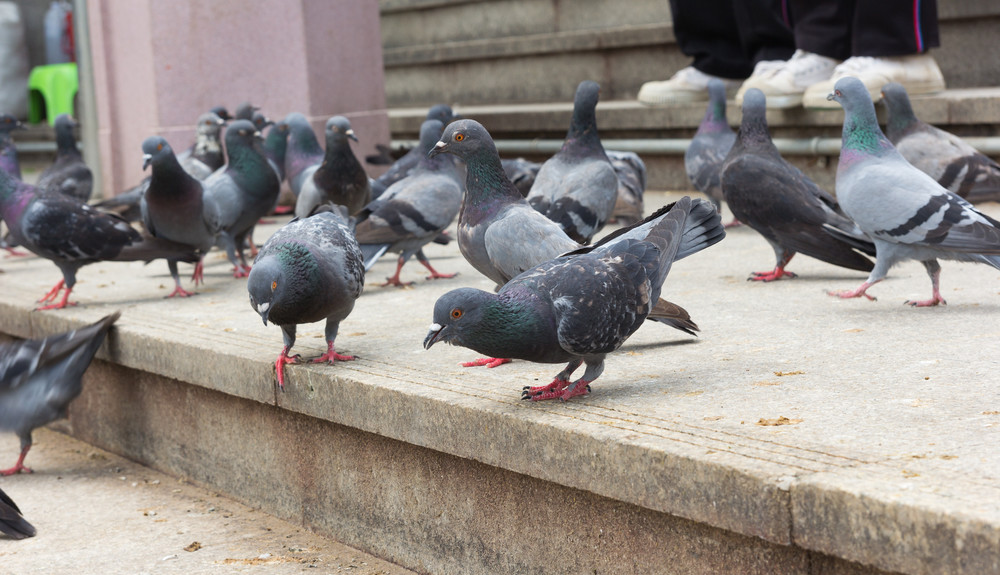 It’s a familiar thread (pun intended) you hear over and over again — from the victorious and altruistic annals of World War II-era America.

THIS: a group of patriots or, in this case, an entire company, dropping their normal, enterprising ways in order to pitch into the war effort.

Perhaps one of the more interesting and idiosyncratic examples comes from Bayonne, New Jersey, where the Maidenform company — a manufacturer of women’s underwear — took the proverbial red, white and blue bull by its horns and starting pumping out two things (and two things only) during wartime: parachutes, and pigeon bras. 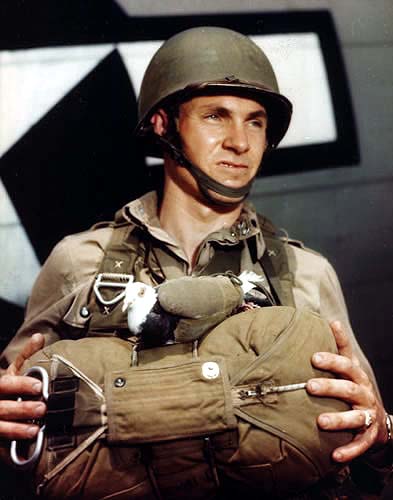 While not actually a bustier for the cooing military fowl (it served as protection rather than cosmetic support, obviously) the odd item actually served as a crucial piece of equipment for American paratroopers, working in tandem with their chutes while simultaneously securing a battle-tested communication system.

This from New York Magazine, via the Smithsonian blog:

The vest was shaped to the body of the pigeon, leaving their head, neck, wing tips, tail, and feet exposed. The vest would be attached to the outside of the paratrooper’s jacket … The pigeon carried messages in a tiny capsule attached to their leg. The capsules could contain messages, blood samples, or even tiny cameras. Oftentimes, these carrier pigeons, also called homing pigeons, were the only form of communication during World War II. They were also the most secure and reliable. Homing pigeons were the least likely form of communication to be intercepted. More than 95% of the messages they carried were successfully delivered. Due to their obvious necessity for wartime communication, approximately 56,000 carrier pigeons were trained for war missions in World War II. This was the height of carrier pigeon use.

Naturally, after the Second World War concluded, Maidenform went back to their ways of being one of the leaders in their industry. Recently, in 2013, the brand was acquired by Hanes.

While the brand doesn’t design fashion for little birdies anymore, it has pristinely preserved its faithful connection to the U.S. military community — this 10% discount to verified military members is a fine example. And all you have to do is click here to get it.