Each year, on Memorial Day weekend, America stops what it’s doing and takes a moment to honor the fallen.

But what about those who went missing in action?

On Monday, the Washington Post highlighted just how many brave Americans are still unaccounted for:

Data from the Defense Department’s POW/MIA Accounting Agency (DPAA) outlines the scale of the number of those still considered lost in action. The missing originated from each of the 50 states and any number of U.S. territories — including the Philippines, which was an American commonwealth at the time of the war. The three states with the most missing native sons and daughters are New York, California and Pennsylvania. (Were it a state, the Philippines would rank fourth on this list, with 4,533 service members listed as missing.) Relative to population, West Virginia, the District of Columbia and Iowa are missing the most service members. 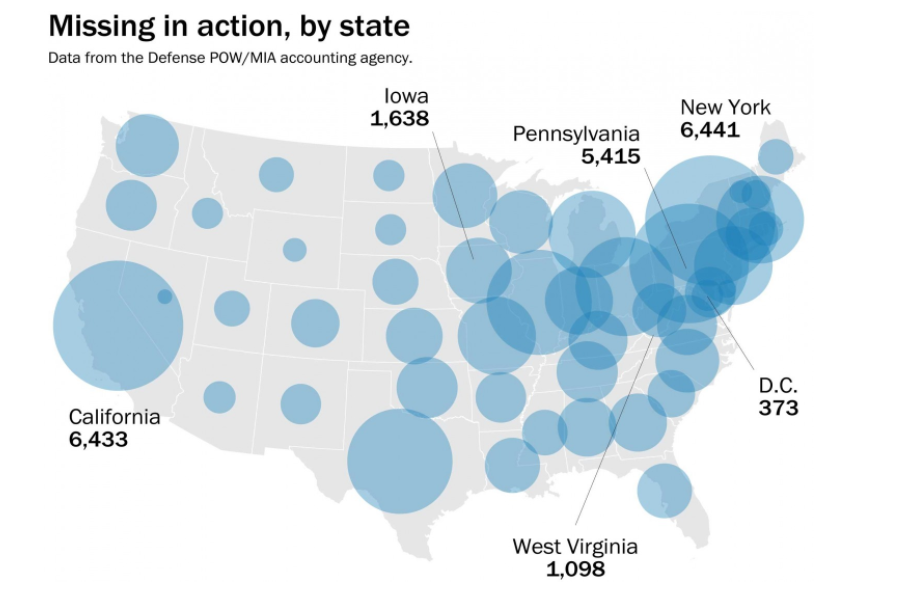 The article also included a map of where on the globe Americans serving went missing: 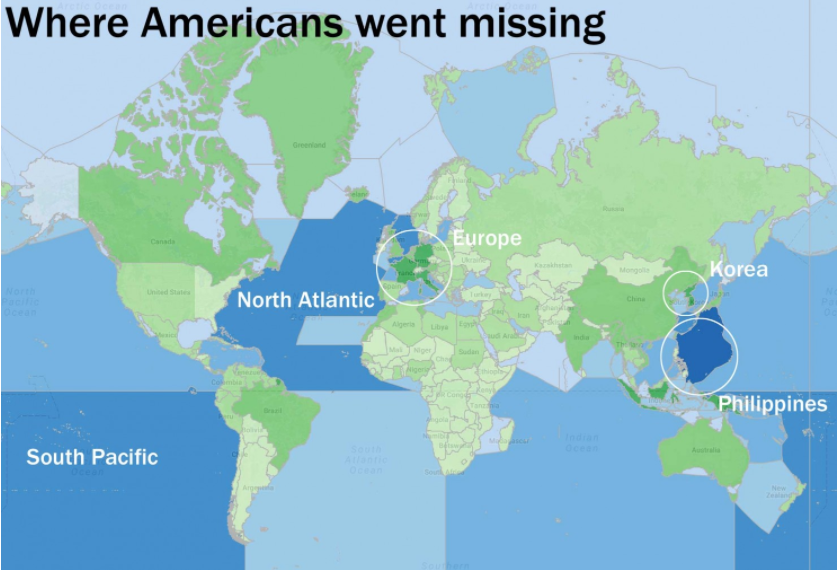 There is a silver lining, however. The same agency that tracks data surrounding POW/MIA continues to make updates, sometimes locating the remains of service members decades after they were reported missing (Marine Corporal Henry Andregg, Jr. was found on May 19 — he was last seen fighting in the Pacific Theater in World War II in 1943).