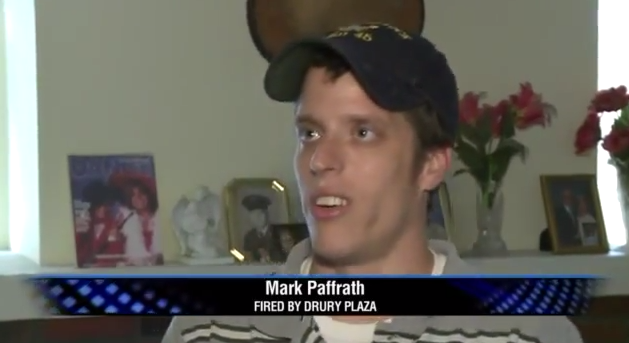 Mark Paffrath, a Navy veteran and now former employee of Chesterfield’s Drury Plaza Hotel recently lost his job after posting pictures to Facebook of more than a dozen Homeland Security vehicles parked in the hotels garage.

“It was very odd that there was a bunch of Homeland Security cars there and I was shocked and took a picture and a short video and posted them to Facebook with the status update, ‘What are these vehicles doing here? I wonder if it has anything to do with Ferguson?’”

The next day his boss asked him to take the photos down and he complied. The day after Paffrath says he was called into the office to speak with his boss again, but this time he was fired by Drury’s director of security.

“He called me a terrorist and said I dishonorably served my country for posting those pictures and the short video,” said Paffrath.

The Department of Homeland Security’s Federal Protective Service confirmed that the vehicles belong to them, but would not comment on what they will be used for.

Check out the rest of the story below