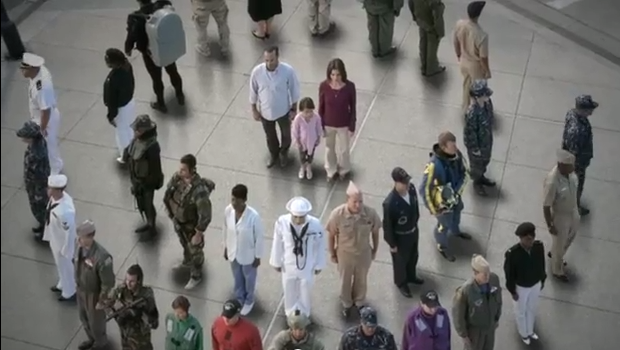 During the Army-Navy game last week, the Navy revealed its new recruiting campaign ad which highlights the protection the sea service provides for everyday Americans.

The video titled “The Shield” shows a family walking down the street when a sailor blocks their path. Soon they are surrounded by hundreds of members of the Navy in different uniforms who all serve different purposes within the military branch.

The narrator then says “To get to you, they’d have to get past us”.

The Navy will release another campaign video in January 2015, and others throughout the year.