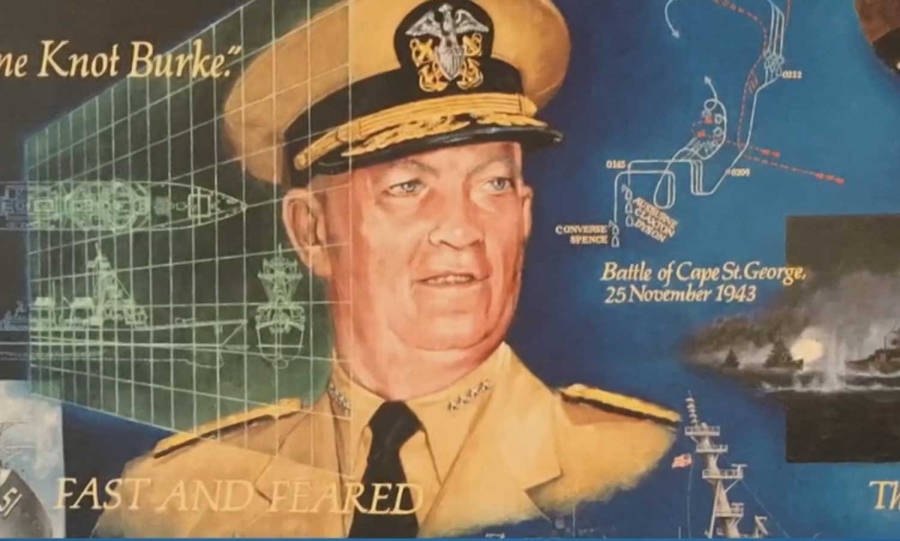 In 1991, in Norfolk, Virginia, an artist from Maine named Roger Williams presented the United States Navy with a painting of one of their late admirals — Arleigh Burke. At the time, the branch was honoring the decorated service member (he served famously under President Eisenhower) by naming one of its destroyers after him. All was well. The event went off without a hitch, and afterward the artwork (pictured above) was displayed in the officers’ wardroom of the new vessel.

Williams was invited back onto the ship to celebrate its anniversary. Quickly, he noticed something was awry.

“And we went down to check on the painting and it wasn’t there. And the current captain didn’t know much about it,” Williams told WCSH in Portland.

While its whereabouts are still unknown, the Navy is launching an investigation. Williams has a theory.

He believes it was removed during one of the ships many renovations, and at some point was never returned to the wardroom.

“I have a feeling it might be in a box someplace in a warehouse but who knows?”

It’s estimated that the painting may be worth upwards of $50,000.

An initial search of the vessel did turn up something close to the work, but it wasn’t the original — it was a copy. A print (similar ones, according to Williams, can be seen at the Pentagon).

Williams is only hoping it’s found so it can be displayed once again. His wife has loftier dreams: rather than back on the destroyer, she’d prefer it be hung at a military museum.