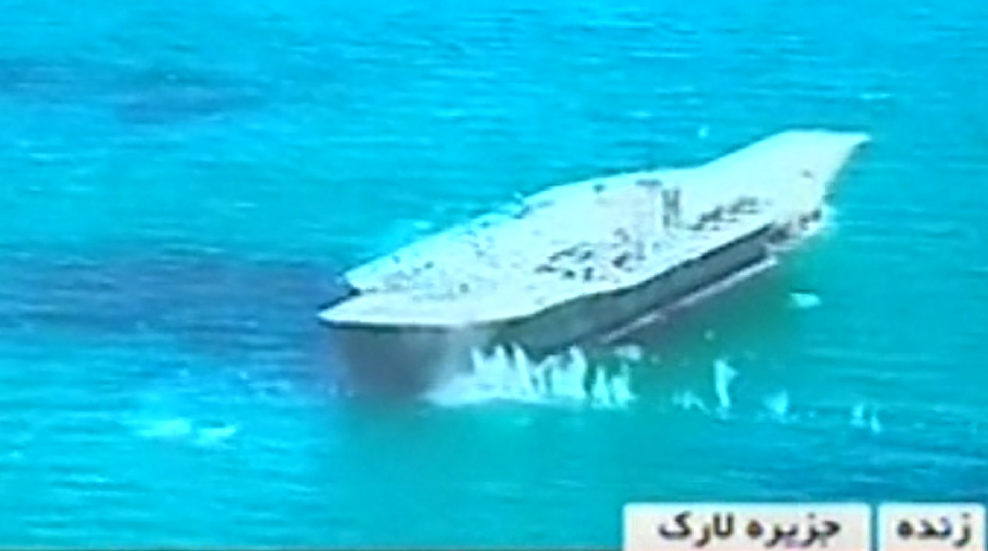 Iranian state media outlets reported that Iran launched missiles and attacked a scale replica of a U.S. warship in the Strait of Hormuz Wednesday. The action was part of massive military war games.

According to Fars News, the model of an American aircraft carrier was built to scale and pummeled with both cruise and ballistic missiles.

With about 30-percent of all seaborne-traded oil passing through the Hormuz, U.S officials have expressed concern in the past regarding Iran’s ability to disrupt the flow of petroleum or attack warships navigating the Gulf.

Real Admiral Ali Fadavi, the Guard’s Navy Commander, has even been quoted by state media in the past saying: “We can destroy a U.S. warship in 50 seconds.”