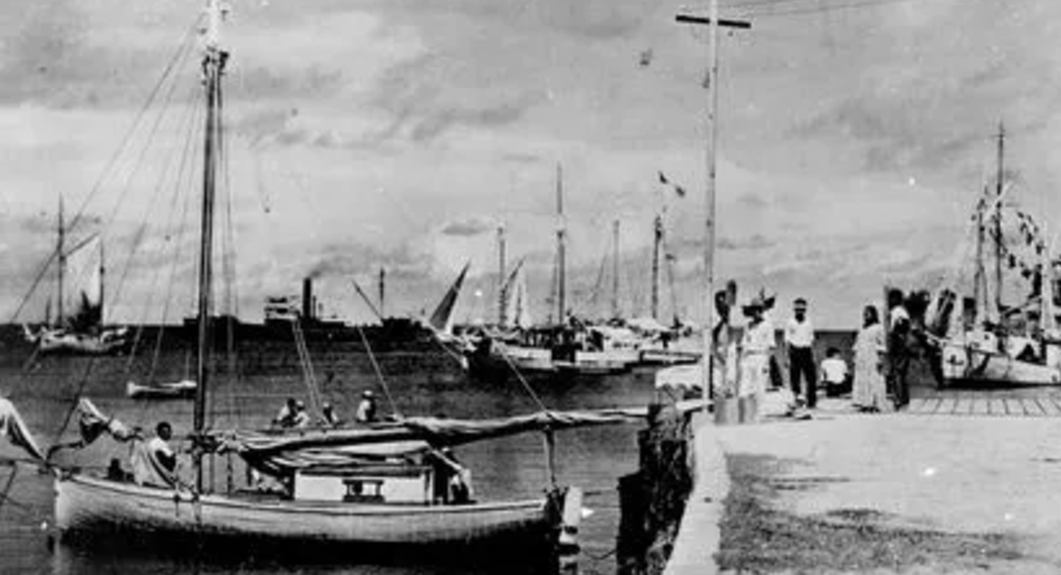 For decades, learning her glorious, yet tragic story has been an American tradition.

School kids all across the country were told the tale of pioneering aviator Amelia Earhart, who made world history when she became the first woman to fly solo over the Atlantic Ocean, in 1928, attained massive fame, only to be killed less than ten years later in her Lockheed Martin 10-E Electra crashed somewhere in the middle of the Pacific Ocean while attempting another first: an around-the-world flight.

The fearless Kansas native was awarded the Distinguished Fly Cross by the United States military for that legendary ocean-traversing trip, which took off from Newfoundland and ended successfully in a grassy pasture in Northern Ireland.

The prestigious medal was presented to her in Los Angeles, in 1931, by then-Vice President Charles Curtis (below). 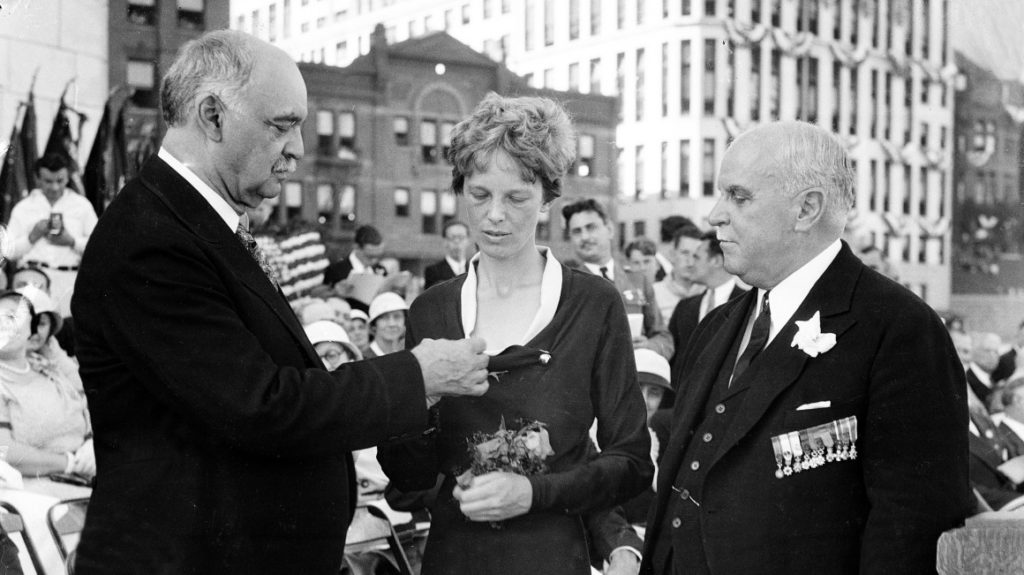 The long-accepted truth of her ultimate fate, however, has officially been turned on its head — thanks to a shocking piece of evidence recently uncovered by the National Archives in Washington, DC.

An old photograph (the one above beneath the headline).

This from USA TODAY:

The photo shows a picture of a woman who appears to be Amelia Earhart and a man that looks like her co-pilot, Fred Noonan, after their crash, according to a History Channel special dubbed Amelia Earhart: The Lost Evidence, which airs Sunday. The photo and other details that point to Earhart’s capture by the Japanese are detailed in the two-hour special.

The show features former FBI Executive Assistant Director Shawn Henry as he investigates evidence supporting the theory that Earhart crash-landed in the Marshall Islands and eventually died in Japanese custody on the island of Saipan.

The photo was likely taken by someone who was spying on the Japanese for the U.S., according to the special.

In the special, facial recognition experts are interviewed, and share why they believe the woman in the grainy image could very well be Earhart.

“The hairline is most distinctive characteristic,” one says. “It’s a very sharp receding hairline. The nose is very prominent.”

Japanese authorities stated that they have no record of the two aviators ever being in their custody.