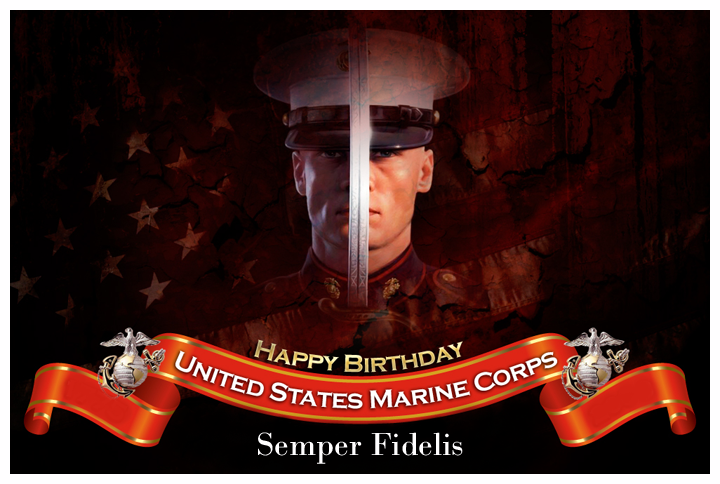 We over here at The STIREP would like to send a huge Happy Birthday to the Marine Corps and thank all the men and women who have served for their sacrifice and dedication!

Here’s some history on the U.S. Marine Corps from http://www.marines.com

Leading up to the American Revolution, a committee of the Continental Congress met to draft a resolution calling for two battalions of Marines able to fight for independence at sea and on shore. The resolution was approved on November 10, 1775, officially forming the Continental Marines.

As the first order of business, Samuel Nicholas became captain and commanding officer of the newly formed Marines and visited numerous public inns and taverns throughout the city of Philadelphia to begin recruiting. One of his first recruits was popular patriot and tavern owner Robert Mullan. Capt Mullan owned Tun Tavern, which subsequently became part of military lore as the birthplace of the Marine Corps.

In a heartfelt message from the U.S. Marine Corps General J. F. Dunford, Jr. reflected on the last 10 years of Marine Corps service, sacrifice and accomplishments.

“In 2004, 20,000 Marines deployed to Al Anbar Province, Iraq – many Marines celebrated the birthday in places like Fallujah, Ramadi, and Al Qaim while decisively engaged in combat. That year, Marines also responded to crisis in the Pacific following a tsunami which claimed the lives of more than 200,000 people. On 10 November 2004, Marines looked back with pride on their accomplishments – confident in their ability to meet future challenges.”

Check out the Birthday message below: