Fox News: O’Reilly Made Up Story About Irish Terrorists 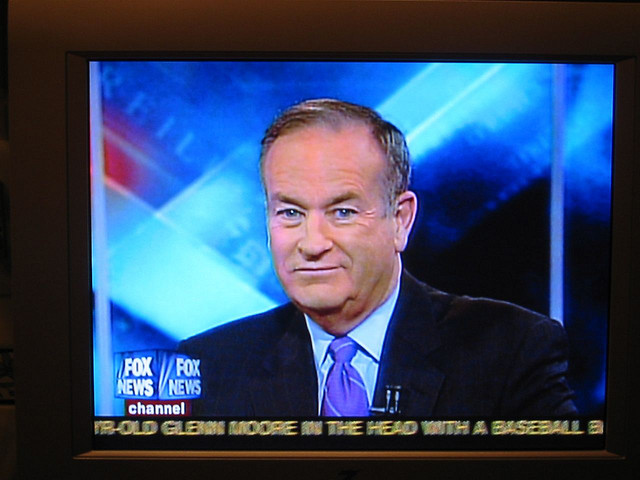 It’s now been confirmed that top anchor and popular political pundit Bill O’Reilly was indeed stretching the truth when he claimed he witnessed “Irish terrorists kill and maim their fellow citizens in Belfast with bombs”, according to a Fox News statement issued by one of their spokesmen Friday.

Very much a stormy period for the “Factor” star – who recently had to clear up other foggy facts and stories regarding trips to the Falkland Islands and El Salvador – it’s unclear the repercussions that may or may not stem from such fibs. Especially on the heels of the Brian Williams controversy and suspension.

The investigative magazine Mother Jones and liberal watchdog group – Media Matters for America – unearthed a couple of instances where O’Reilly claimed to be a bystander to some intense and violent encounters, most notably El Salvador where he saw “nuns get shot in the back of the head”.

The group corrected the anchor’s account, pointing out that he arrived in El Salvador months after the killings and couldn’t have possibly been a witness to them.

Last week O’Reilly’s network defended the anchor, expressing that the allegations against him were a politically-motivated smear campaign and argued that “responding to the unproven accusation du jour has become an exercised in futility. ” After being probed by the Washington Post on Friday however, they conceded.

The El Salvador, Falkland Islands and Northern Ireland stories originated on the air during his nightly show and also in his various publications, like Keep It Pithy: Useful Observations in a Tough World: An Essential Collection of Writings By One of the Most Powerful Voices in Media Today.