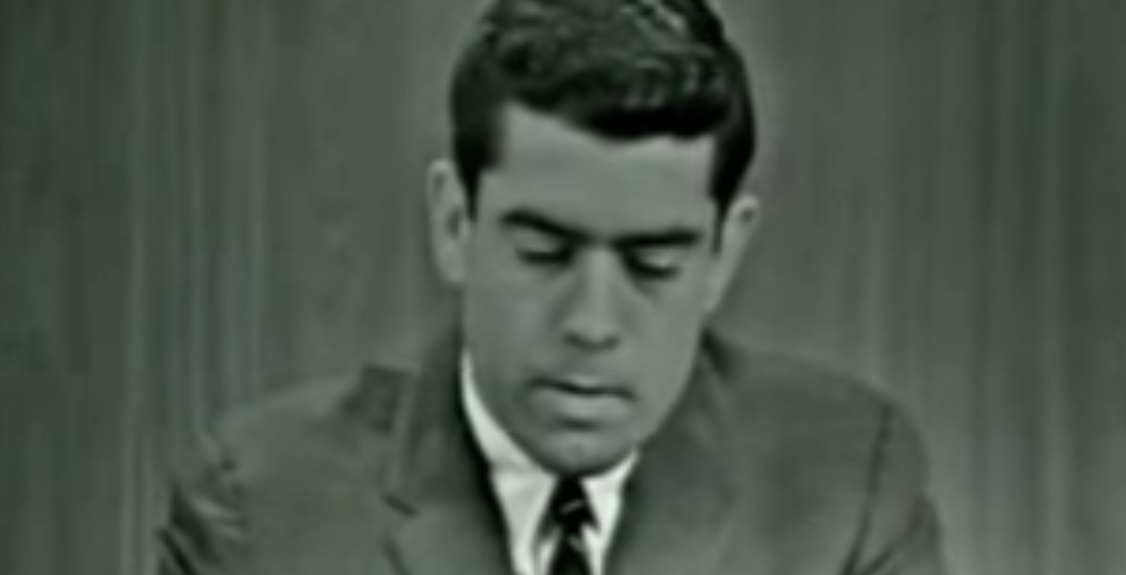 Now, more than ever, this footage, this terror, resonates.

The sight of a beloved American President — and war hero — being gunned down should be viewed on this day especially, the 22nd of November, and held up as a dark reminder that the values we hold dear in the United States are never not under attack. That Americans should thank those who sacrifice everything to preserve them, everyday, and never take them for granted.

After being read his last rites by a Catholic priest that had been summoned to the Dallas hospital while America reeled, John Fitzgerald Kennedy was pronounced dead at one o’clock in the afternoon local Texas time.

This is, as many of you probably know, the Zapruder film, shot by a man named Abraham Zapruder. It’s the only visual account of the most infamous and legendary murder in the history of the United States.

On the morning on that fateful day – November 22, 1963 – Zapruder forgot his camera at home. An owner of a dress factory, it was actually his assistant who insisted he go back and get it. He did, and at his lunch break, strolled out to Dealey Plaza to record what would become one of the most famous pieces of footage in human history.

Initially, Zapruder (who passed away in 1970 of stomach cancer) sold the footage to Life magazine for $150,000 with the caveat that they omit frame 313. That’s the fatal shot.

He also handed over a copy of the film to Secret Service agent Forrest Sorrels, for “official investigatory” use. That copy was used in the infamous Warren Commission, but not without controversy (of course). In that report, some of the frames were left out or switched around. Since then, it’s been fingered as being both proof for and against a conspiracy.

In April 1975 – after the first public showing of the film on ABC – a suit between Zapruder’s family and Time Inc. (the original purchaser of the film rights) arose. It was eventually settled, out of court, for the sum of $1. That being what Time Inc. asked for in the Zapruders buying it back. How they eventually received the boatload sum of $16 million, however, is even that much more interesting. This, thanks to Wikipedia:

In 1978 the family transferred the film to the National Archives and Records Administration for appropriate preservation and safe-keeping, while still retaining ownership of the film and its copyright. Director Oliver Stone paid approximately $85,000 to the Zapruder family for use of the Zapruder film in his motion picture JFK (1991).

On October 26, 1992, President George H. W. Bush signed into law the John F. Kennedy Records Collection Act of 1992 (the “JFK Act”), which sought to preserve for historical and governmental purposes all records related to the assassination of President Kennedy. The Act created the President John F. Kennedy Assassination Records Collection at the National Archives. The Zapruder film was automatically designated an “assassination record” and therefore became official property of the United States government. When the Zapruder family demanded the return of the original film in 1993 and 1994, National Archives officials refused to comply.

On April 24, 1997, the Assassination Records Review Board, which was created by the JFK Act, announced a “Statement of Policy and Intent with Regard to the Zapruder Film”. The ARRB re-affirmed that the Zapruder Film is an “assassination record” within the meaning of the JFK Act and directed it to be transferred on August 1, 1998 from its present location in NARA’s film collection to the John F. Kennedy Assassination Records Collection maintained by NARA. As required by law for such a seizure under eminent domain, payment to Zapruder’s heirs was attempted. Because the film is unique, the film’s value was difficult to ascertain; eventually, following arbitration with the Zapruder heirs, the government purchased the film in 1999 for $16 million.

Soon after this immense transaction, the Zapruder heirs donated the copyright as well as the commercial rights to The Sixth Floor Museum in the Texas School Book Depository, in Dealey Plaza.

The museum still has control of the film today.

Beyond the rights and the money and even the conspiracy was a simple fact about Abraham Zapruder that chilled me more than anything else.

After that Dallas November day, Abraham Zapruder never looked through the lens of a camera ever again.