The emails from former Secretary of State Hillary Clinton’s private server that are raining down upon America like Hurricane Joaquin thanks to the Freedom of Information Act (FOIA) and an ongoing federal investigation aren’t little in number. Most of them, however, aren’t juicy. In many ways they’re as mundane and boring and stiff as the woman who wrote them.

There is one exception though. And it’s the we’ve embedded below.

In it, Hillary brings up a “weird exchange” that occurred when her husband — former POTUS Bill Clinton — gave a speech back in October of 2011 and a woman in the audience yelled out that her father “circumcised Bin Laden”. To which she remarks “what a claim to fame”. It was to her longtime friend Betsy Ebeling. She topped off the correspondence with a “Love to all”. 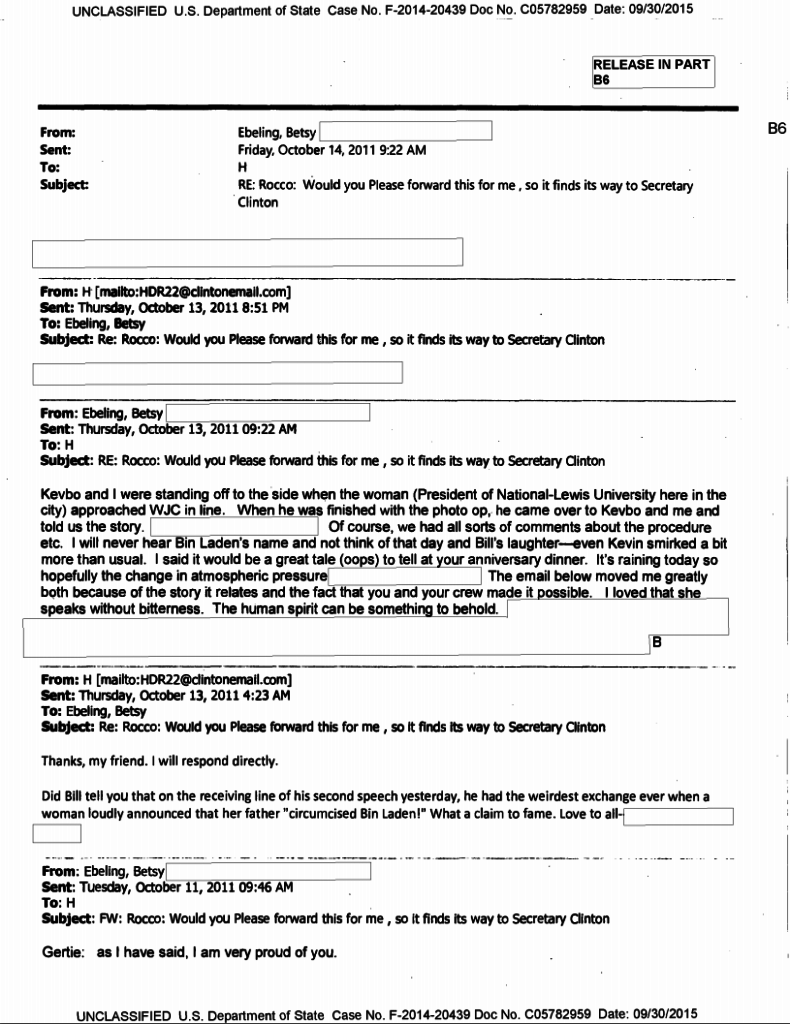