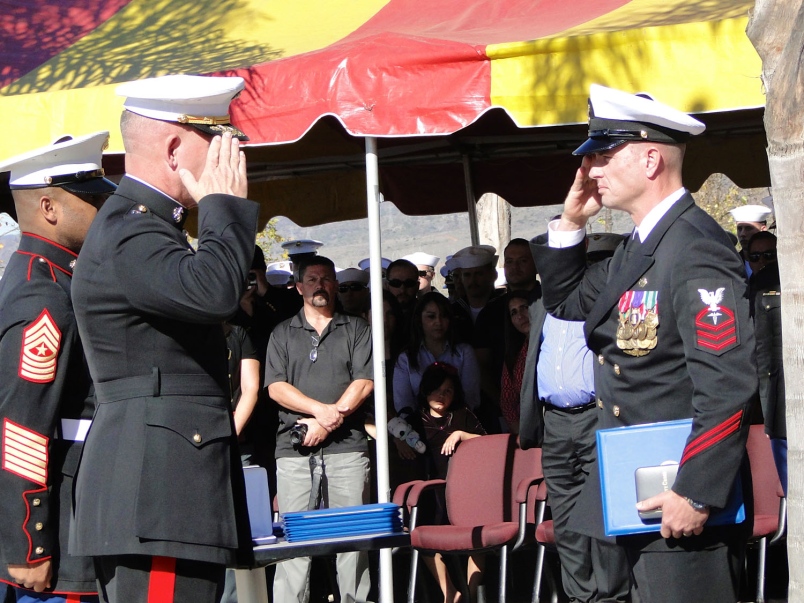 Back in 2011, Wilson and another soldier were responding to a report Afghan police had made concerning improvised explosive devices hidden at the local police checkpoint. While investigating and trying to get rid of the explosives, his partner stepped on a pressure-plate bomb.

Wilson and three other soldiers ran to help when another IED exploded, severely injuring all four men. Wilson tried to save the other three soldiers – members of the Marine Special Operations Team 8113 – before he allowed himself out of the area and to have his wounds treated.

It was later confirmed that all three men died.

“Words can’t explain what those guys meant to me, and there’s times when I want to shut out the world, act like this whole day never happened,” he said at a Camp Pendleton ceremony in which he received the Navy Cross. “But I’ve learned that if you do that, you don’t remember. And without remembrance, there is no honor.”

“Chief Wilson epitomizes that heroism and true selflessness that we all depend on as Marines, to save our lives.” said Maj. Gen. Joseph Osterman, commander of MARSOC.