It’s a bird! It’s a plane! No, it’s a drone! We scoured the Internet to bring you a peek inside the fascinating world of next generation military aircraft. Take a look at the top 5 secret American military aircraft (that we know about).

Not much is known for sure about NASA and the Department of Defense’s secretive unmanned spacecraft except that it is operational and completed a two-year classified mission in space. The spacecraft is launched, piloted, and landed remotely by the U.S. Air Force, which officially describes the craft as just a prototype unmanned space shuttle. But, the space plane is thought by some to actually be an advanced surveillance drone for American military intelligence. No matter its purpose, the X-37 B represents the next generation of drone technology, which now extends past Earth.

(New Post: A Day in the Life of a U.S. Paratrooper)

This unmanned surveillance aircraft inspired various conspiracy theories after AviationWeek uncovered and verified its existence, and it’s also in a government funding struggle with Lockheed Martin’s SR-72 hypersonic strategic reconnaissance aircraft. The RQ-180 is reportedly housed at Area-51 in Nevada, famed for reported nearby UFO and alien sightings. The craft is thought to be tested above Area-51 and built for jamming enemy radar and missile systems while making undetected surveillance missions in restricted international airspace. This aircraft is expected to be operational in 2015 and possibly controlled by both the C.I.A. and the Air Force. Aviation experts expect the completed aircraft to be the most technologically advanced drone ever developed.

The Boeing X-51A, nicknamed Waverider, is an unmanned hypersonic (Mach 6, and for reference the speed of sound is Mach 1) flight demonstrator whose technology is likely meant to make way for a Mach 5+ high speed missile. Aviation experts think the military is testing the Waverider not simply for defense purposes, but also for practical ways to use hypersonic flight, though that’s not likely to happen just yet. The Waverider’s most successful known flight only lasted 6 minutes, and it could only maintain hypersonic speed for 210 seconds. 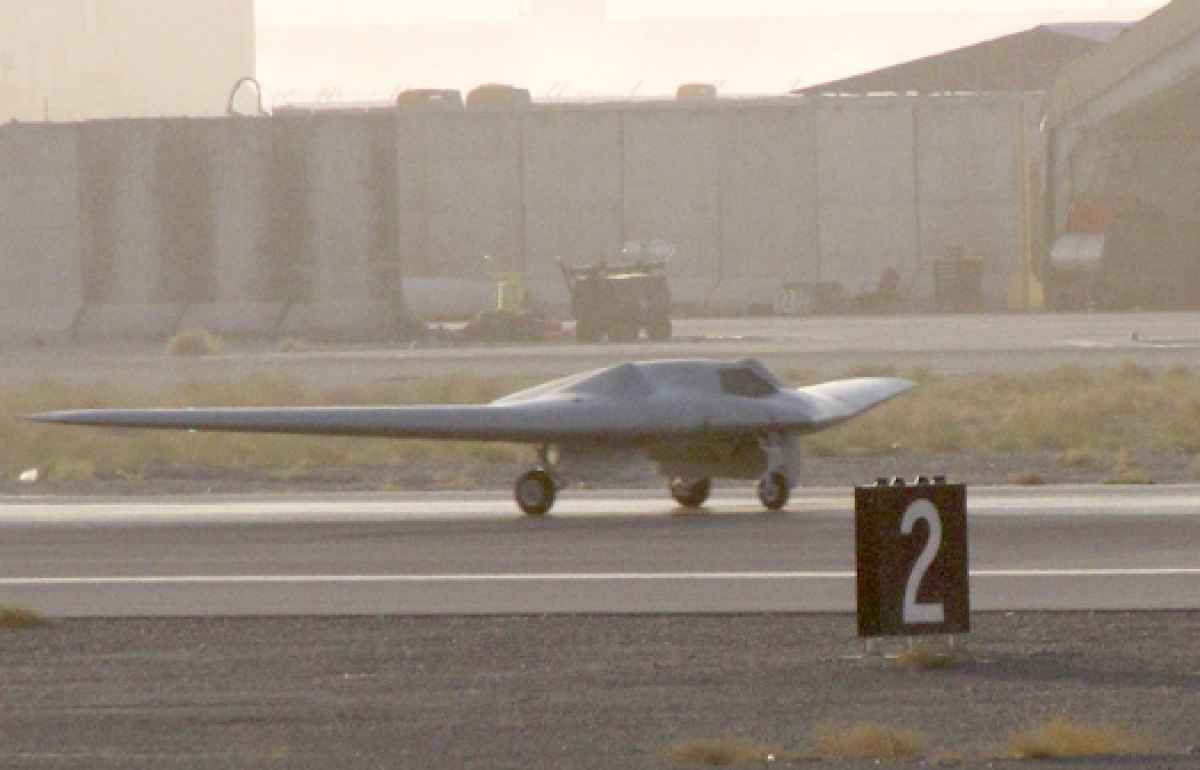 The Sentinel drone is believed to be the aircraft used to gather intelligence about the Bin Laden complex in Pakistan. A stealth aircraft, this large unmanned drone is controlled by a special division of the Air Force primarily for the C.I.A. It was nicknamed “The Beast of Kandahar” after photographs of the Sentinel surfaced in 2009. The government broke its silence on the Sentinel in 2011 when one malfunctioned over Iranian airspace, crashed, and was captured. Debate ensued on whether or not the Iranians were able to reverse engineer the RQ-170 and build a similar stealth drone.

Sometimes the best secrets are the ones no one ever saw coming. This stealth helicopter came to light when one crash-landed at Osama bin Laden’s Abbottabad complex the night SEAL Team 6 killed him. Before leaving, the SEALs packed the downed helicopter with explosives and blew it up to keep its technology out of enemy hands. However, body and tail parts were salvaged and examined, revealing the helicopter as a Sikorsky UH-60x Black Hawk retrofitted with advanced stealth capabilities developed in a program the government previously claimed was discontinued in 2006. [We were unable to find a verified picture or video of this custom Black Hawk.]