Military members, volunteers, veterans and their families from several communities across the U.S. gathered together to honor fallen soldiers at their local national cemeteries for the annual Wreaths Across America event on Saturday.

Wreaths Across America coordinates wreath laying ceremonies on a day in December each year at Arlington National Cemetery as well as other veterans cemeteries in all 50 states. According to the organization’s website, this act of giving back and showing respect to our fallen heroes is apart of its mission to Remember, Honor and Teach.

The DoD reported that this year the organization had its largest turnout in its 23 year history.

“We’re grateful for the sacrifice, bravery, courage and tenacity of members of our armed forces who currently serve in harms way; we’re grateful for the freedoms that we have as Americans,” said Marine Corps Sgt. Maj. Bryan Battaglia, the senior enlisted advisor to the Chairman of the Joint Chiefs of Staff.

After the two-millionth wreath was laid – to honor U.S. Army Private William Christman, the very first soldier to be buried at Arlington National Cemetery in May 1864 – Congress officially declared December 13th “Wreaths Across America Day”.

Check out some tweets and photos from this weekends event.

Thanks to @wreathacross America for placing wreaths at Arlington National Cemetery. Both my parents were buried there. 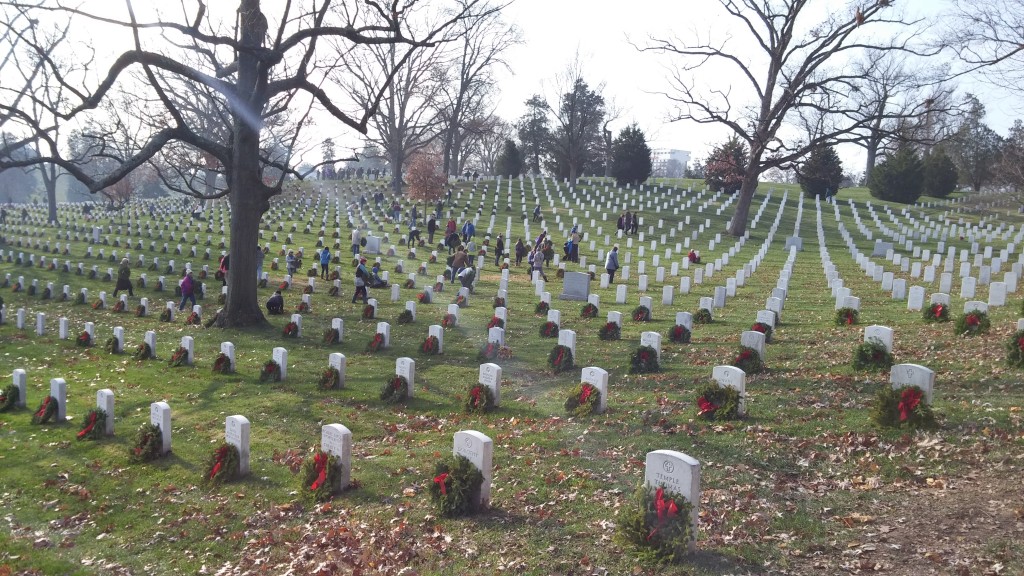 A familiar sight at The Wall, just in time for the holidays. Thank you, @WreathsAcross! pic.twitter.com/0bontOdvOl — VN Vets Memorial (@VVMF) December 13, 2014 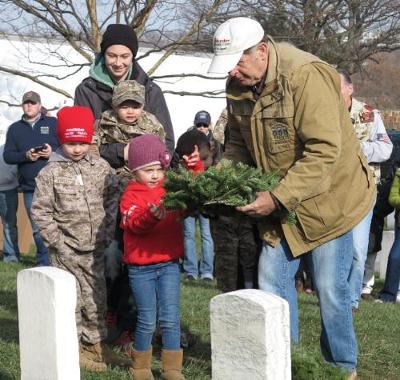 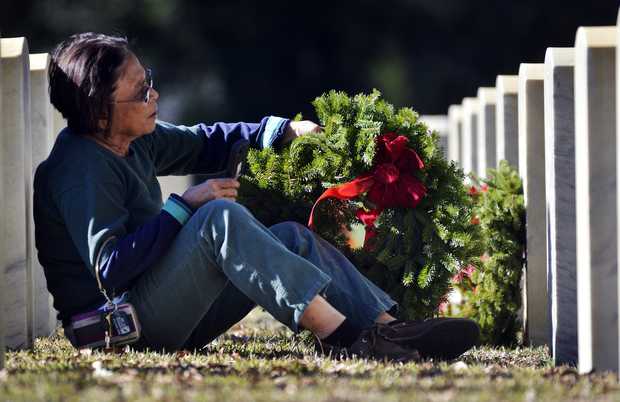 Wreaths Across America day at the Beaufort National Cemetery