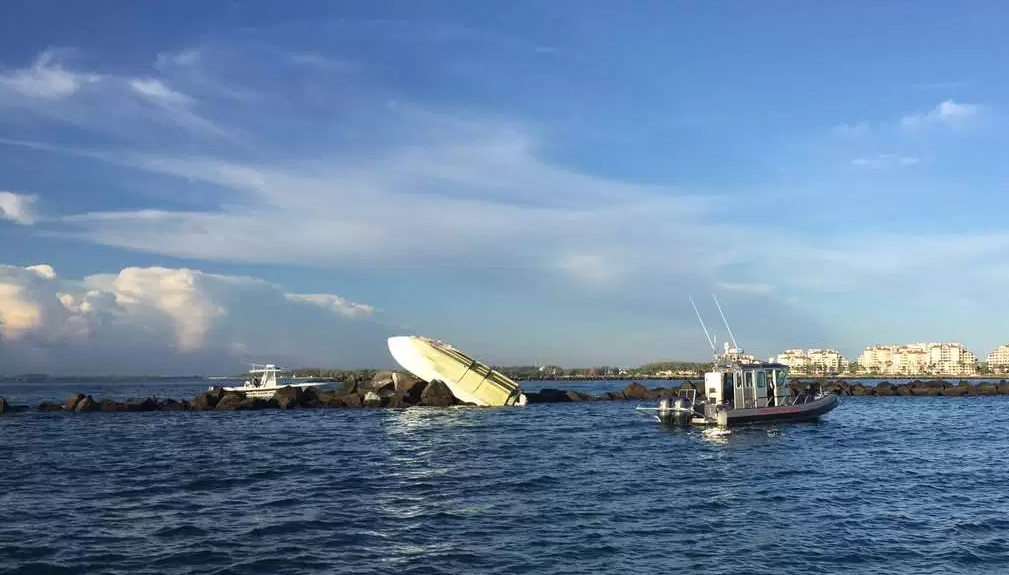 When the United States Coast Guard made their routine patrol of the shore around Miami Beach early Sunday morning, they didn’t expect to make a grisly discovery that would rock the very city they served, and called home. They didn’t anticipate to find an icon of the community — a pillar of the Cuban people in the South Florida metropolis — lying beside a destroyed vessel, on a jetty, with two other young men in their 20s.s

But, they did. And now a major American city mourns the loss of a favorite son.

Fernández, who defected from Cuba in a makeshift raft with his mother (and saved his mother in the middle of the night during the journey after she fell overboard) back in 2008 only to be named National League Rookie of the Year a few years later, was beloved not only in Miami, but all over the country.

Around 3:15 a.m. Sunday, a routine Coast Guard patrol discovered a boat overturned on the rocks of a jetty between Miami Beach and Fisher Island. Officials confirmed at a press conference that three bodies were found in and near the wreckage, all men between the ages of 24 and 27, believed to be the only people aboard the boat at the time of the accident. Fernández is the only victim whose identity has been announced as of 11 a.m. Sunday, while authorities continue to attempt to reach the family of the other two men.

The Coast Guard confirmed that the other two men aboard the boat were personal friends of Fernández and not professional athletes. The boat did not belong to Fernández and he was not driving. Speed is thought to be a factor in the accident. No evidence of alcohol or illegal drugs was found among the wreckage, though toxicology reports will be conducted as part of the autopsies.

Just five days ago, Marlin pitcher announced on Instagram via a photograph, that his girlfriend was pregnant with their child:

I'm so glad you came into my life. I'm ready for where this journey is gonna take us together. #familyfirst

Major League Baseball cancelled the Marlins game on Sunday against the Atlanta Braves. Tributes all across baseball (and even football) have been pouring in throughout the day.

The mound at Marlins Park pic.twitter.com/X4yp7CE7QE