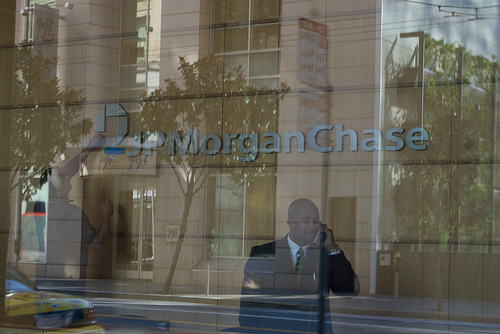 Five banks have settled with the U.S. Justice Department and will issue $123 million to 952 service members after violating the Servicemembers’ Civil Relief Act (SCRA) and illegally foreclosing on the service members’ homes. The banks involved in this settlement are JP Morgan Chase, Wells Fargo, Citibank, GMAC Mortgage, and Bank of America.

SCRA is a law that protects active duty military against some actions financial institutions might take against them. This includes non-judicial foreclosures, which are foreclosures that happen out of court and at the direction of a mortgage lender. The banks involved in this settlement illegally foreclosed upon the homes of 952 active duty service members protected by SCRA from 2006 to 2012.

The process of a non-judicial foreclosure on active duty service members and their families is painful and leaves military families feeling helpless. The bank/lender issues a notice of default against the borrower and, without the need to prove their claim in court, sells the family’s home in a public auction. While not all states allow non-judicial foreclosures by banks, most do.

The Justice Department has spearheaded the cases against banks who illegally foreclosed on active duty military members.

“While this compensation will provide a measure of relief,” said Acting Associate Attorney General Stuart F. Delery, “the fact is that service members should never have to worry about losing their home to an illegal foreclosure while they are serving our country. The department will continue to actively protect our service members and their families from such unjust actions.”

Each of the 952 service members will receive $125,000 to start. They will each also receive any equity from their lost property and co-borrowers will also receive their portion of any lost equity. The lenders will further pay out any equity interest that the borrowers would have received had their homes not been illegally foreclosed upon.

The Justice Department released a statement saying they plan to continue pursuing banks and mortgage servicers who force military families under SCRA protection out of their homes through illegal foreclosures.