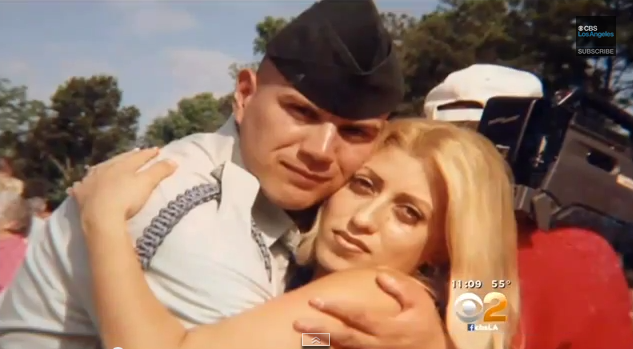 In 2003, Army Specialist Jose Mora kissed his wife and young children goodbye before heading off for his deployment to Iraq. Seven months later, Mora was killed in action.

Late last year, eleven years after her husband’s death, Biani Mora discovered her husband’s dog tags and his wedding ring hidden in the American flag given to her by the U.S. military. She hadn’t seen either since the day he was deployed.

“I’m guessing it was something to let me know that he’s always here with us no matter what,” Biani told CBS LA.

Watch the video for more of this wonderful story. Source: CBS Los Angeles