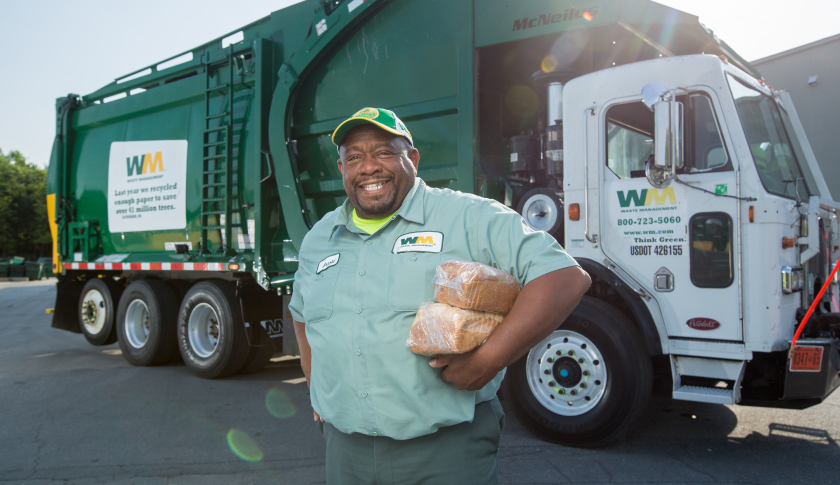 Arnold Harvey is an Army veteran who works the morning shift for Waste Management as a trash collection truck driver in Gaithersburg, Maryland. During his rounds in 2007, Arnold noticed more people sleeping on the streets in D.C.’s suburbs.

He noticed families were sometimes unable to find a homeless shelter with room for them and instead slept near a shelter’s entrance.

Arnold and his wife Theresa decided to help. They started by handing out sandwiches to homeless people outside shelters. Then Arnold and his brother William filmed the realities of homeless life that Arnold saw on his morning route and showed their footage to Arnold’s manager at Waste Management. This lead to a coat donation drive within the local Waste Management office, which Arnold and Theresa expanded into what is now the God’s Connection Transition charity.

Thanks to the charity’s sponsorship and donations by corporations like Costco and Giant, God’s Connection Transition feeds an estimated 5,000 individuals in the Washington, D.C. area each month.

God’s Connection Transition began as a small enterprise but grew over the years to include a warehouse of donated food items where local homeless and low income families can shop for free groceries. The warehouse operates like a free grocery store and is open every day.

Harvey also helps D.C’s homeless community  in other ways. During the early morning hours several times a week, Harvey takes bags of food from the God’s Connect Transition shelves and hand delivers them to people sleeping on the streets. The charity also operates a Mobile Help Unit in Pennsylvania, which delivers necessities to homeless individuals.

The charity’s efforts are a Harvey family endeavor. Arnold, Theresa, and other members of their family carry out the daily activities of God’s Connection Transition.